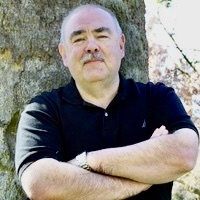 William (Bill) Marshall Martin, 67, passed away on Saturday morning, September 3, 2022 at his home in Salem, Oregon.

Bill spent over 40 years in public service, first as an Orange County, CA Sheriff’s Deputy. He subsequently worked for the City of Rohnert Park, CA as a public safety officer (police officer and fire fighter) and then for Monterey County, CA Office of Emergency Services as the manager. When he relocated to New Hampshire, Bill worked as a State Marine Patrol Officer, followed by working as Emergency Manager – Fire Marshal, for Lincoln County, NM, where he established the emergency services office.

Continuing his career in public safety, he relocated to Woodland, CA where he developed the Yolo County, CA Office of Emergency Services. He then moved to Salem, Oregon and worked for the State of Oregon’s Office of Emergency Management until his death. He was viewed not only as a dedicated coworker, but a mentor, and true friend by those with whom he worked.

Bill had a lifetime love of books and wrote a children’s book, Santa Down. He had several additional books in development.

He lived his life following his core values of desire to do good, at all levels. Bill always strived to practice that in which he believed: honesty, compassion, creativity, conviction, reason, courage, faith, and wisdom. Bill was a member of Masonic Rising Sun Lodge 39, Ancient & Accepted Rite – Nashua NH for over 20 years.

Bill is survived by his wife of over 40 years, Carolyn Schrader, Salem OR.

He was preceded in death by his sister-in-law Lucy Archuleta (husband, Ralph) of Santa Barbara, CA and sister-in-law Judith Schrader of Palm Desert, CA. Bill will be remembered by his many friends, each of whom were so important to him.

The family requests memorial donations be made to the Shiners Hospitals for Children, Northern California Sacramento, CA; specifically for burn victims.