On Monday, August 3, 2020, William “Bill” Donnithorne, loving husband and proud father of five daughters, passed away at the age of 76.

Bill was born on December 31, 1943 to his parents, William Claire and Virginia Grace (Ervast) Donnithorne in Hancock, Michigan. He was the eldest of three children, Kris Riera and Barbara McCormick. He was an avid student at Southfield High School, class of 1962, and studied metallurgical engineering at Michigan Technological University, class of 1966.

Bill worked as a lifeguard and volunteered with the ski patrol while in college. He felt strongly about protecting the safety of others, and worked briefly as a police officer in his hometown of Hancock. A pacifist at heart, he left the police force and protested the Vietnam War.

Bill met his wife, Jayne Marie, while taking classes at Central State University in Edmond, OK. They married on leap day in 1984. He always said that Jayne was the “light of his life.” When they were married, he professed to wanting six daughters, but was very happy and proud of the five daughters they had together.

Bill spent the majority of his professional life as a metallurgical engineer. He developed multiple process improvements, which resulted in two patents while working for Algoma Steel in Sault Ste Marie in Ontario, Canada, and one patent while working for Ulbrich in Wallingford, CT. He moved his family to Oregon in 1998 to pursue his career as a Senior Process Engineer with Wah Chang.

Bill continued working until the metallurgical industry contracted. He then pursued the study of psychology at Corban University, and obtained his Bachelor’s of Arts degree in 2008. He continued his education as long as he could, including auditing courses in the school of engineering at Oregon State University.

In 2007, Bill was diagnosed with Parkinson’s disease. He did not let that diagnosis slow him down, as he continued his educational and recreational pursuits. He inquired into multiple research programs, hoping to join a drug trial. While unsuccessful, he remained optimistic that a cure would be found in his lifetime.

Bill loved building things, and built a cabin in his youth in Canada. He loved flying, having owned and piloted multiple small planes as a young man. He also loved sailing, and enjoyed sailing his 22-foot Catalina in his retirement. He was exceptionally proud of his daughters, and enjoyed supporting their orchestra and choir concerts as well as racquetball games. He was a nature enthusiast and fell in love with Oregon’s scenic beauty. He enjoyed hunting, camping, star gazing, rock climbing, and skied and swam as long as he was able. He loved eating salmon and blueberries.

Bill had a zest for life that was unparalleled. He lived his life convinced that every day was better than the last. His daughters remember him as genuine, enthusiastic, adoring, and relentlessly optimistic. He will be incredibly missed.

His daughters fondly remember:
His creative cheers at racquetball matches. He somehow made racquetball a spectator sport.
His front-row videos of orchestra concerts.
His passionate amateur photography (say “peaches!”)
Bicycle rides around town and especially to the donut shop.
His day-after-Valentine’s Day chocolates.
And many others.

Bill was preceded in death by his parents and sister, Barbara. He is survived by his sister, Kris, wife, Jayne, daughters, Erin, Meghan, Chelsea, Kara, and Clair, and his grandson, Malcolm.

Bill desired cremation and a service will be scheduled at a future date when family members are able to travel. Please check his FaceBook page for details regarding his service. In lieu of flowers, memorial gifts can be made to Parkinson’s Resources of Oregon. 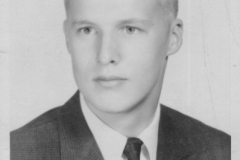 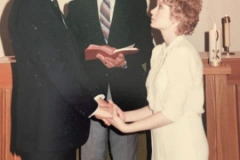 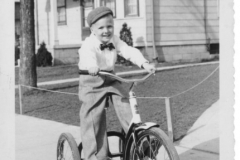 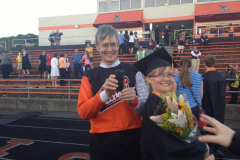 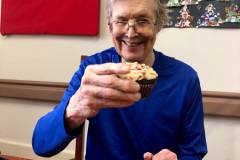 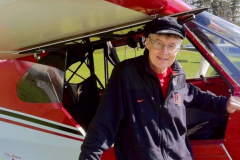 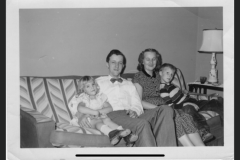 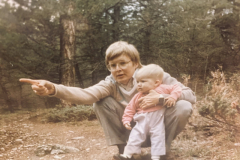 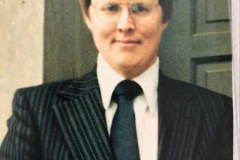 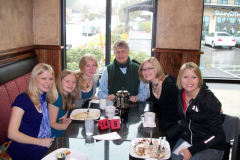