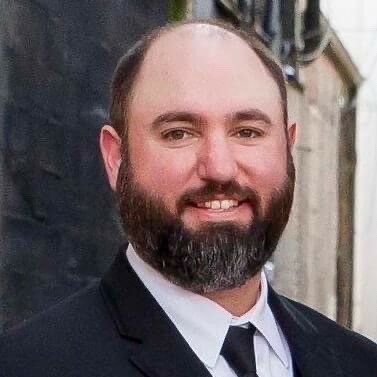 Jonathan Brady Clack of Keizer, Oregon died on Friday, April 1 in a vehicle accident in Yakima, Washington. He was 38 years old.

Jon was born on November 21, 1983 to John Bradley and LaRee June (Evans) Clack in Salem, Oregon. A graduate of Douglas McKay High School, Jon pursued a variety of occupations, including crew member for Marion County and commercial truck driver for ASC Building Products and ABC Supply. He was most recently employed in the commercial hop industry as manager of Hopsteiner’s Oregon and Washington warehouses; in addition, he served as the company’s hop grower representative for both states. Jon’s tenure in the hop industry was marked by his work ethic, knowledge, reputation for fairness, and dependability. As a true advocate for hop growers, he earned himself many friendships during his 8-year career.

Jon’s first love as a child was baseball, a passion he followed faithfully from little league through his high school career. Immensely talented, he was selected to play in countless tournaments and all-star competitions. Jon shared his passion as a baseball coach during the four years his son played the sport, and both umpired and served as a board member for Keizer Little League from 2017 until 2019. His earnest goal was simple: to teach children “the love of the game”. As such, Jon was well-respected by the coaches, parents, and board members with whom he volunteered.

Other interests of Jon’s included football, golf, and playing video games with his son; the hobby that held the most significance to him was the annual Clack family vacation to the sand dunes to ride ATVs, a ritual he was thrilled to impart upon his children. Nevertheless, being a father was his greatest joy and proudest accomplishment. His children were his heart, happiness, pride, and, in his own words, the “best thing he ever did”.

Jon was fiercely intelligent, uproariously funny, and fantastically self-assured. He was driven to excel and genuinely remarkable. Jon was a great many things, but cliche and mediocre he was not. Without him the world is a far lesser place.

He is survived by his wife, Katie and their son and daughter, Garrett (13) and Allison (4); mother, LaRee; brother Benjamin (Brandy) Clack; sister, Rebecca Jaramillo; cousin Shawn Clack; niece, Breeanna Clack; nephews Bryan Clack and Bodie Jaramillo; great-niece, Elizabeth; as well as numerous relatives and friends. Jon was so well-loved that it is not possible to name every person his life touched.

Jon, we will love and miss you always.