Much loved husband, father, grandfather and great-grandfather, Harold Gene Lowry, also affectionately known as “Babe” or “Hal”, passed away the evening of August 5, 2019, surrounded by his wife of 43 years, Margaret Agnes, and many other family members. He was 93 years old.

During WWII Hal served as a PFC in the Fourth Marine Division, serving in the Marshall Islands, Hawaiian Islands, Marianas Islands in Saipan, Tinian, Hawaii and Iwo Jima. While in Iwo Jima he was shot pulling a wounded man to safety during enemy fire. For his heroism, among other things he received 5 Bronze Star Medals, The Purple Heart, the WWII Victory Medal and a Presidential Unit Commendation Ribbon.

Hal attended the University of Oregon for 2 years and in the 1950’s Hal played baseball for Portland’s AAA team until moving to California. He enjoyed golfing, fishing, playing cards and talking about his war stories. He was instrumental in starting a Marine Corps League and a VFW in Yucca Valley, CA and was a lifelong member of the Elks Lodge in Oregon and California.

Hal lived in Oregon most of his life – specifically Tillamook, Portland and Keizer – but work took him to California where he also lived in the San Francisco Bay Area and the Palm Dessert area. Besides his wife, Hal leaves his children – Gayle, James, Barbara, Bradley, Michael and Mark and long time stepchildren, Robin and Ron. His daughter Constance predeceased him. Hal also leaves behind several grandchildren – Jason, Jennifer, Jessica, Desiree, Chad, Shelby, Melissa and Taylor. He also leaves several great-grandchildren – Macayla, Dustin, Adriana, Keaton, Khamari, Elle, Kylenna, Amery, Isa and Charlotte. Additionally, Hal had many nieces, nephews, cousins and long time friends whom he loved. He will be missed by all.

In lieu of flowers, Margaret asks that you please make a donation to the Dementia or Alzheimer’s Association of your choice on Hal’s behalf. Thank you. 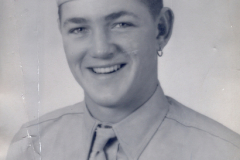 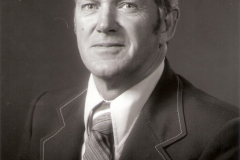 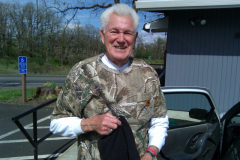