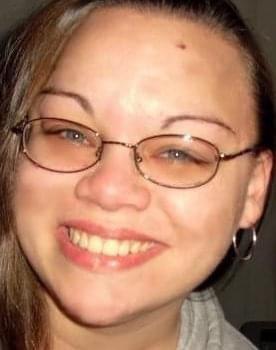 Both Louis and Sharon passed when Dani was young and Nicole and James took her in as their own. In that time, Dani fulfilled the roles of mother, sister, aunt, and cousin to so many. She brought laughter, love, and guidance to each relationship.  Everyone knew that they had a shoulder to lean on and an ear to listen as long as Dani was around. She was deeply loved and will be greatly missed by so many.

Dani was known for her love of scary movies which she shared with all. If not watching movies, she could often be found in a band tee rocking out to music from Abba to AC/DC. Danielle and Gracelyn spent their time watching movies and musicals. They enjoyed playing in the water on warm sunny days and loved to spend lots of time just chatting and creating those special mom and daughter moments. Gracelyn was Dani’s reason for fighting so hard for so long, she loved her beyond words.

A memorial service will be held Saturday, May 14th at the Johnson Funeral Home at 134 Missouri Ave S Salem, OR 97302. The service begins at 2:30pm. Attire is casual and we ask that you wear a band t-shirt if you have one. We plan to gather after the service for snacks and to visit and celebrate her life in party style, in our band tees, just like she would want us to do.