Angela “Angie” Lucas came into this world on November 20, 1948, and grew up in Troutdale Oregon, a small town located where the Sandy River meets the Columbia. Angie was the third and youngest child of Joe and Dorothy Lucas, and was quite a few years younger than her brothers David and Tom. She was that delightful surprise that some families have after they thought their baby days were past.

Angie had hair as soft as silk, with eyes the color of the summer sky, and a smile that could capture a heart from across the room. As a typical small town girl, Angie learned all the domestic arts that her mother could teach her, from cooking to sewing to canning to knitting. But at the same time she loved riding her bike like a daredevil and frequently climbed the bluff at Lewis and Clark State Park just for the challenge and enjoyment of it. She picked berries for both fun and spending money, and loved to explore every bit of the nearby forests that grew to the town’s edge. Angie was the classic tomboy. She never had a problem with getting muddy, with twigs in her hair and the occasional skinned knee, yet at the same times she was pretty enough to be voted, years later, as homecoming queen at Reynolds High School. It was these types of childhood experiences that infused Angie with her love of the outdoors, and gave her the innate curiosity that led her to develop an encyclopedic knowledge of almost every living thing in her environment, especially if it came with flowers. She would very much stay this small town girl for the rest of her life.

At Reynolds High School Angie was an active member of 4-H, winning a number of blue ribbons at the county fair and working as a 4-H camp councilor during the summer. She also played her clarinet well enough to gain All State designation, and loved her debate class where she was adept at winning the argument. Angie was also a natural athlete, joining the ski club, playing organized volleyball, and achieving a sharpshooter designation with her rifle. It was her athletic prowess and her competitive nature that led her to pursue a degree in physical education during her first year at Southern Oregon in Ashland in 1967.

But it wasn’t long after starting her studies that Angie decided to take a break from school and took a job as a stewardess with United Airlines. This meant that Angie had to move to Denver, and was soon flying to such exotic locations as Boise, Cleveland, and Omaha; not the choice destinations by any means, but typical for someone just starting out. In short order Angie decided that she really needed to finish her education, so she returned to school, but now as an English major.

It was during that time that Angie met her first husband, Richard Townsend, who was finishing his degree and getting ready to join the service as a young navel officer. Angie soon found herself on the move again, living in such places as Hawaii, where she spent almost a year, and a shorter time in Guam. Angie spoke fondly of a trip to Hong Kong during this period, where she had a suit made for herself by a Chinese tailor shop.

After the the navy, Angie and Dick moved to the Eugene area where Dick found employment, and Angie was able to finish her degree at the U of O, graduating in 1974. It was also here that they had their first child. Dick’s job would then take the family to Tillamook, where two more children were born. And finally, in 1982, they moved to Salem.

It was in Salem that Angie decided on a career in teaching, attending western Oregon for her teaching certificate once her young daughter was old enough for school. This led to a 16 year career at Perrydale Elementary School, outside Dallas. Angie taught 6th grade for most of her time there, but did move to 5th grade for 3 years, and spent the final 2 years with the 4th graders. She worked hard to instill in her students her love of nature and the outdoors, and always included at least one field trip to Silver Falls State Park. Angie also loved literature, and made sure to expose her students to a wide variety of authors, including Shakespeare’s plays. Angie herself was a prolific reader, usually some distance into a classic or adventure novel, with another book always waiting in the wings. She also loved to read to her students, and enjoyed telling the story of her first day teaching the 4th grade. She began reading to her new students perched on her stool in the front of the room. When she looked up from her book, she found that many of the students had gathered around her feet, their faces turned up to catch every word. The affection she had for each of her students was mutually felt. During her years of teaching, and even after retirement, there were numerous occasions while walking in Salem that some awkward teenager or young adult would walk up to Angie with a big grin, followed by a moment of growing recognition by Angie to her former student, and ending with a long embrace. Just another benefit of being a teacher.

It was during her time teaching that Angie met her second husband, Ray Quisenberry, at a local Salem coffee shop. They dated for almost three years before marrying in June of 2000, and heading off to Costa Rica to honeymoon and hike in the cloud forests. Angie loved the experience of being in the tropics. Besides the hiking, there was birdwatching, volcano climbing, and beach combing, often with monkeys scampering overhead. She was definitely in her element. This would be just the first of several jungle adventures they would share over their years together.

Angie enjoyed living in Salem. From their small house in the Grant Neighborhood, she was able to walk to a her favorite coffee shop, quickly run into the Book Bin, take in an evening movie or play only blocks away, or just stroll through her neighborhood to admire the flowers or to pick fruit from a forgotten alley tree. Angie’s yard was was her canvass, with every square inch tended and planted until it became a bright, multicolor reflection of her passion. When not in her yard on a sunny weekend, she would ride her bike, or hike the trails of Minto Brown. She spent many a late afternoon after work at the Y doing aerobics and weight training, after which she would meet up with Ray in downtown for a lite dinner, generally followed by grading her students’ homework and having conversations with her many friends. Her warm smile and engaging personality would reel in anyone lucky enough to enter her orbit, and she cherished these relationships.

Summer travel took Angie to many places in the US, and such foreign destinations as Mexico, Canada, Britain, Spain, Portugal, France, Morocco, and Guatemala. Yet, for all the travel that she did, her favorite destinations were still right here in Oregon. Her roots were here, and her heart was always in her home state. It was fun and exciting to climb a Mayan pyramid in Tikal or ride a camel in Tangier, but a day in the Cascades or on the Oregon coast was what she loved, especially if she could fill her pockets with colorful rocks and beautiful shells. Ray soon learned to carry a cloth bag to house her collection as they walked the shore, frequently half filling the bag before they made it from the parking lot to the water’s edge. She also made him break the car for any interesting plant she would spy along the roadway, often collecting them to put in a vase for the mantle or window sill, or to be pressed in a book.

Following a long illness, this unique and beautiful spirit passed from us on August 7th, in Angie’s 70th year. Angie is survived by her husband Ray, her children Luke (Ana) Townsend, Matt (Yan) Townsend, and Kendall (James) Dunning. She is also survived by her five wonderful grandchildren, Lucas Jr.,Zoe, Hunter, Aubree, and Eliana. The family would like to thank all the wonderful people at Brookdale Salem for the loving care they gave Angie for over four and half years. We would also like to thank the nurses and staff of Bristol Hospice for the comfort they provided to both Angie and Ray in her final weeks. And finally, we would like to thank all the wonderful friends that wove themselves into Angie’s life, and shared so many magical moments of love and laughter. A celebration of life will be held for Angie on October 5th at the Pringle Hall Community Center, 606 Church St SE, from 11:00 am to 1:00 pm.

For all of those who read this, and who may be so inclined, plant a flower for a loved one and spread a little beauty before this day is out, just as Angie would do. 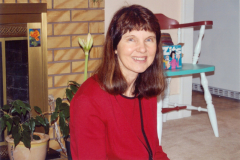 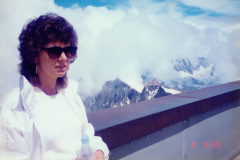 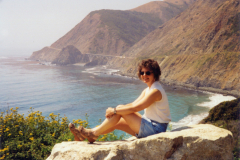 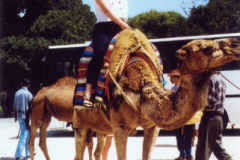 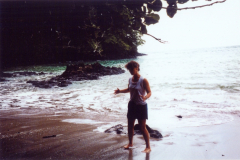