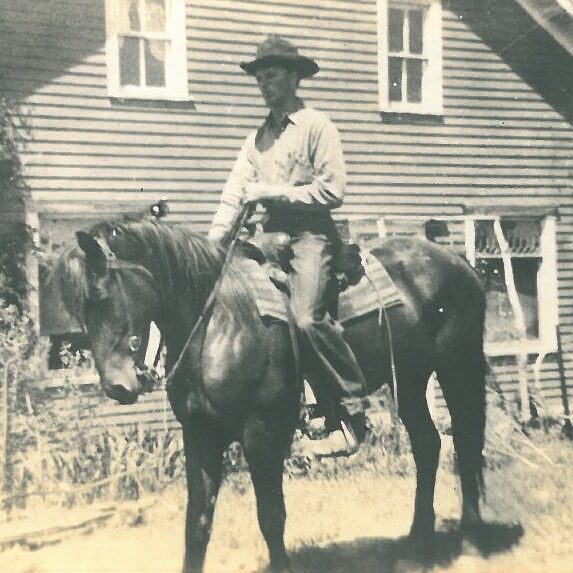 Willis Huck was born on December 18, 1925 in Bowman, North Dakota and passed away April 18, 2021. He worked on his father's Harding County Ranch in South Dakota until almost 21 years ago. Following the sale of the Ranch, he worked at various Ranch jobs in the Dakota's, Montana, Wyoming, and Colorado. Also he worked for Homestake Gold Mine in the Black Hills of South Dakota for several years. He came to Oregon in 1952, it was there, that he met Jean Snow, whom he married on January 12,1953 in Moro, Oregon. They moved to Salem, Oregon in 1958, living in a mobile home on his sisters place in Rosedale area of Salem. In 1962 the bought a house in town and they lived there and raised their family. The lived there for 58 years. They sold their home in December 2020 and moved into an independent Living home.  He worked for the State of Oregon, with Fairview Hospital and training for 20 years, retiring from the State job in 1983, due to  severe arthritis. Later, he volunteered at his church, South Salem Friends until 1999, which he enjoyed very much.

He is survived by his wife Jean of Salem, OR; Daughter Linda (Jerry) Nelson, of Banks, OR; 2 grandsons Tim and Dennis Nelson, granddaughter Karen Nelson; and 3 great-granddaughters.

"Looking Ahead, Not Yet Good-Bye"

I know someday the Lord above,

Will decide to call me home.

On which this earth to roam.

We believe that Heaven's a wonderful place,

And I have no doubt that it's true,

But no matter how much joy may be there,

I'll always be thinking of you.