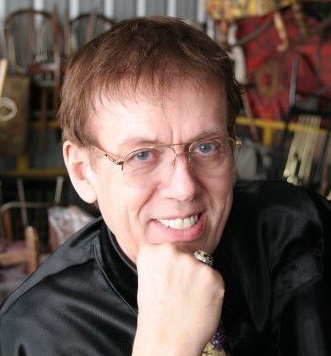 In the syllabi for his theater classes at Casper College, Tom Empey often quoted President John F. Kennedy: “I am certain that after the dust of centuries has passed over our cities, we, too, will be remembered not for victories or defeats in battle or in politics, but for our contribution to the human Spirit.”

The quote is fitting, Empey’s friends said, for a man who gave so much of his life to his students and the Casper arts scene. Empey died Wednesday at the age of 70. He is survived by his wife, three children and five grandchildren.

“Tom understood that we can survive without the arts, but we can’t thrive without them,” said Bill Conte, who teaches theater history and literature at Casper College. “He gave his life to that.”

Empey joined Casper College in 1979 as part of a two-person theater faculty. Over the next 30 years, Empey expanded the faculty to nine, began a musical theater program and worked to build and later renovate the Krampert Theatre, which now houses a space bearing his name.

“The sense of energy, commitment and vision it took to build this over the years are a monument to a life,” Conte said. “It will never go away.”

Jim Olm, current chair of the college’s Theatre and Dance Department, couldn’t stop hearing Empey’s deep, booming voice as he walked the halls of Casper College on Thursday. The college was an extension of Empey, especially the theater department that he built, Olm said.

“It’s like he’s coming out of the walls,” he said.

Empey stood out for his deep voice and lanky stride, said Rich Burk, who worked with him at the college for 26 years. He was a talented and thoughtful director, Burk said, but it was Empey’s devotion to Casper as a whole that truly defined him.

“He helped people know that the arts are not just for the elites — they’re for all of the community,” Burk said.

Empey retired from the college in 2010 because he had pulmonary fibrosis and needed to move somewhere with a lower elevation. The department he left behind was far different than than the one he joined in 1979.

Jean Tichenor joined the faculty soon after Empey and remembers the two spending long nights building sets together in a tiny room, which would later become a computer lab.

After rehearsal on Fridays, Tichenor and Empey would paint props and stencil backgrounds until the early morning. Empey’s wife, Lissa, would bring homemade food to the paint-stained workers every few hours. More than once they worked until sunrise.

The two worked closely together for years, exchanging ideas and making large productions fit in the theater’s tiny space. Although the days were long, those early years are host to some of Tichenor’s favorite memories of Empey.

“He just allowed me to grow, and encouraged it,” she said. “It’s the same as what he did with all of his students.”

Empey refused to give up on students who were struggling, Olm said. His students would often call him at home, and Empey never failed to answer. He even invited students to live in his home when they had nowhere else to go.

“Watching him in class, in productions and outside of those walls he always lived what he truly believed: that students come first,” Olm said. “It was as much as a mission for him as it was a job.”

Empey’s love for his students and passion for the arts came from the very depths of himself, Tichenor said.

“That desire to create art was something God built into him when he was created,” she said. “He had to do it.”

Empey’s desire to create expanded well outside of the college, Conte said. When the college hired Conte in 2010 to fill Empey’s teaching position, Empey took his replacement under his wing and taught the New Yorker about Casper and Wyoming.

Olm has written plays for decades but said he could not craft a character like Empey. An audience just wouldn’t find him believable.

“He had such a unique outrageousness,” he said. “Everything about him was larger than life. You don’t usually run into people like that. He was a tour de force.”