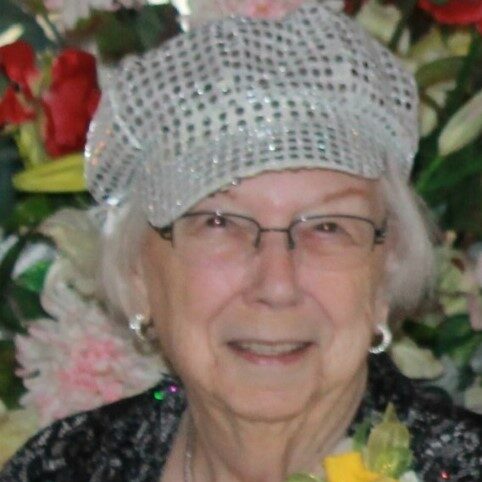 Shirley, 96 of Salem, Oregon went to be with Jesus on Sunday July 18, 2021 at The Village at Keizer Ridge. She was born on January 13, 1925 in Ironwood, Michigan to Melvin Carl and Anna Viola Reid.

Her parents had moved to Michigan so her dad could be a miner. Soon after Shirley’s birth they returned to Cedar Rapids and resided there for over 40 years. Shirley attended Fillmore and Roosevelt schools.

Upon leaving high school she briefly stayed with an aunt in Chicago. During the war she worked in the arsenal in Burlington, Iowa, then returned to Cedar Rapids at war’s end. In 1945 she married Roy Frederick Lerch at Iowa City and they moved to their first farm near Ely. In subsequent years they farmed near Toddville, Center Point, Central City and Troy Mills. After retiring from farming in 1960 they lived briefly in Walker before moving to the Vancouver, Washington area in 1961. They attended the First Church of God in Vancouver. For many years she was the cook for the daycare. She was affectionately known as “Miss Cookie.”

Following Roy’s death in 1990 she married Rev. Edwin Casper. They enjoyed travelling throughout America until they moved to Salem, Oregon in 2004.

Shirley possessed an outgoing personality and was among the first to welcome new residents when she lived at Madrona Hills, Mt. Angel Towers and The Village at Keizer Ridge. She was also known for her bling News Boy hat collection.

Her family remembers her as affectionate, compassionate, and possessed with an abundant sense of humor. Reading was always her favorite pastime.

Her love of family was surpassed only by her love for Jesus.

A graveside service was held for the immediate family at Memory Memorial Cemetery in Vancouver on July 27, 2021.