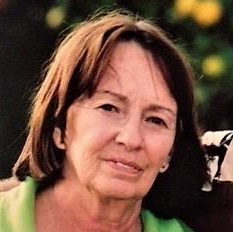 Shelia Mary Cuppernell was born in Denver, Colorado on September 28, 1946 to career military noncommissioned officer Clark Clintsman, and his wife Virginia.  She was a true member of the post war, "baby boomer" generation, and was the first of seven children born to this family.

From her earliest years, she traveled and lived many places.  Her father's military career demanded constant movement.  As the oldest of seven children, she assisted her mother in the raising of her siblings, especially during the long absences when her father was away.  As a pre-teen and teenager, she lived in the Far East in Japan and experienced living abroad.  She even had the chance to climb Mt. Fuji.  Through her earliest years, she had a great love for animals, owning several.  Throughout her life she also had remarkable empathy and compassion for the elderly and children.  As she was the oldest, she had much responsibility and took to it with relish; always putting others needs ahead of her own.

She had very little time to embrace childhood and due to constant relocation, she had little time to put down firm roots in one location.  Long lasting friends were only to be had with the bond of her siblings.  Shelia was a protective, introverted, and careful.  She truly had no one to confide in her innermost thoughts, and as she returned to California from overseas, she had little inkling that fate would intervene.  It did intervene when she met her eventual husband; Bill Cuppernell.  At first she could not stand him. He was a street kid with a carefree attitude to match, and not up to the standards of a dignified young lady.  However, as they began to talk, Bill showed he had a heart and a compassionate side.  They began to form a bond and she began to look past his rough edges.  A friendship began that would be the building of a love that would last a lifetime.  Shelia and Bill went and experienced many happy times, and many hard times that would have tried the strongest of souls.  Yet they remained always together.  They lived, loved and laughed through 50 years of marriage.  They had three children; Cherie, Bill and Daniel.  This couple experienced anxiety and fear when Bill went to war in Vietnam, and the terrible sadness at the loss of their child Shannon.

The family traveled many miles living in about every region of this country.  Shelia helped many people throughout her life as a private duty nurse, and was always sought after for her compassion.  She so deeply loved her family; especially her grandchildren, Ashley, Zack, Kimberly, and Elizabeth; and her great grandchildren Oliver and Sebastian.

We who knew her all our lives, truly know what a kind, caring, and compassionate woman she is (not was).  She had so much pain through the last 6 years, but she continued to think of others before herself.  God has finally called you home, my sweet mother.  May you forever be blessed in the highest level in heaven, for all you have done for your family and others.  All of our love goes with you, until we meet again!

Here are some of husband Bill's reflections on his dear wife.  "She was a wonderful person who achieved peace in her life.  Her happiest times were when she was among family whom she held dearly.  She always wanted to help and never to condemn.  She would feed any animal she came in contact with. She also kept a spotless house and would not stop until everything was in its right place.  She was the love of my life and her children.  She cared for all in her extended family and her own.  So, my darling, rest in peace until we will be together again.  Be with God and know you will always be in my heart.  Your loving boy, Bill." 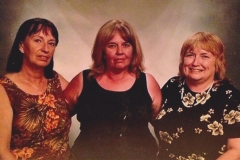 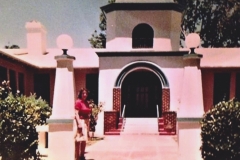 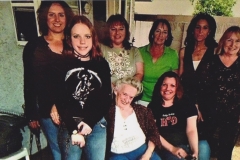 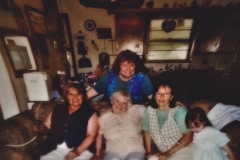 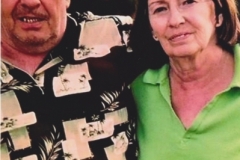 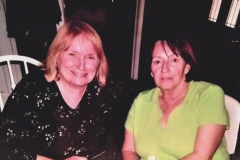 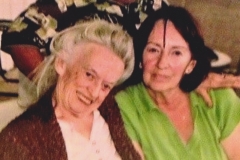 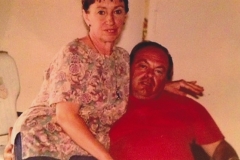 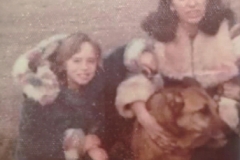 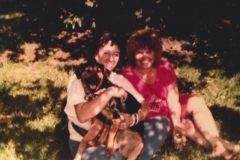 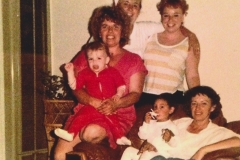 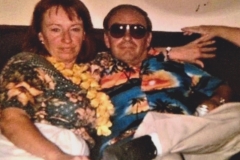 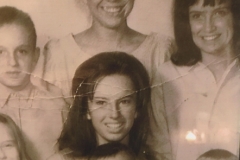 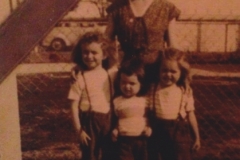 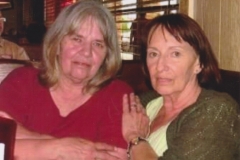 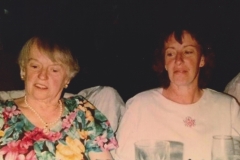 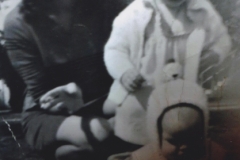