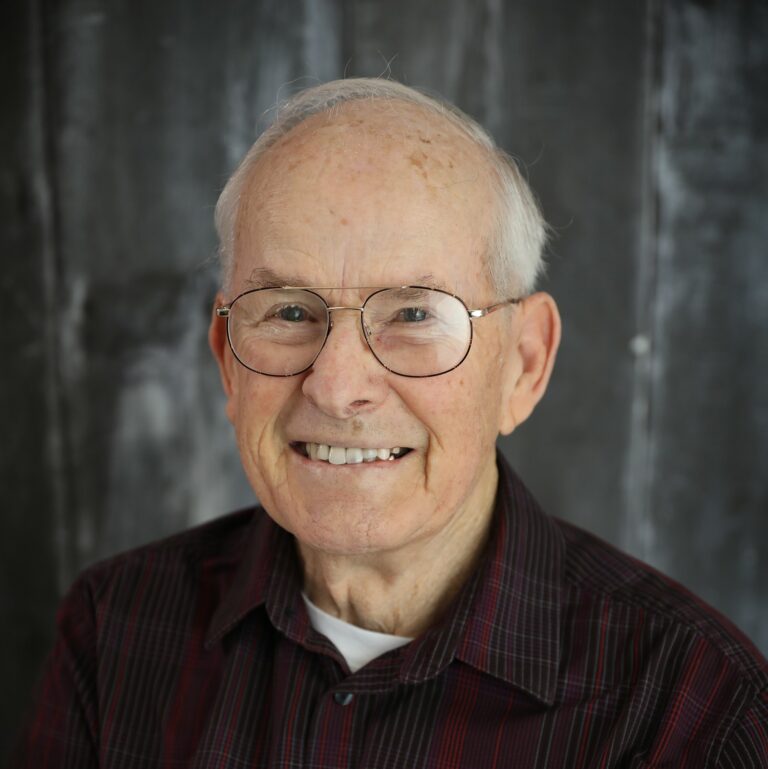 Rolland Laurence Crooke, a man born to humble beginnings who by the grace of God grew a beautiful family, enjoyed a successful career in the construction and home repair industries and later traveled the United States and world with his wife Kathy, and who always made it a priority to spread the joy of God to all he met, went home to Heaven peacefully early on Thursday morning, May 12, 2022, in Salem, Oregon.

He was born a triplet son in Salem, as one of 13 children to itinerant farm laborers Dewey Claude and Ruth Irene (Torrence) Crooke on Tuesday, February 27, 1934. He was the last surviving of the 13 siblings.

He attended Benson Polytechnic High School in Portland, Oregon. At the age of 18 he attended a Christian Church in SE Portland with a friend where he was introduced to Jesus Christ. He responded to an alter call and was born again. This decision informed the entire rest of his life.

He enlisted in the Army on April 3, 1953, and was deployed with occupational troops to Berlin, Germany during the Korean War. As a Corporal he competed as the youngest member of the Battalion Pistol Team. He achieved the rank of Spec 5 and served as a radio communications specialist. He retained a great pride in his military service to his country and spoke of it often.

Home from the military, he met and married Kathy Zimmerman. They had two children, Dan Crooke and Lisa (Wenzel).  Early in his career he worked as a riveter for Armco Pipe company, and later as a crane operator for Empire Prestress/Morse Brothers, which supplied products for many landmark construction projects around Portland and the Willamette Valley. He retired in 1993 and started his own small business doing construction projects and home repair.

He and Kathy lived much or their married life in Clackamas County, on acreage they purchased in 1968, where they built a house in Sunnyside. Building the house themselves in the time they carved out between career, raising their family and church commitments, it became the center of family activities for many years to come. In its construction, Rolland put into practice many building skills he would rely upon in future years in his own business and otherwise in helping others to learn repair skills themselves. His son, Daniel, would go on to launch his own successful construction company, which thrives to this day. Rolland possessed an uncanny knack for diagnosing problems in mechanical and construction processes, finding efficient and common-sense solutions.

In the late 1960s, he became a founding member and helped build Happy Valley Baptist Church in Happy Valley, Oregon, a church that thrives to this day. For many years, he also served with Craftsman for Christ, an organization of men skilled in construction trades that help build and remodel churches throughout the region.

A kind, giving and gregarious person, he made friends easily and was loved by so many.  He was eager to share his woodworking skills and was a patient and excellent teacher of workshop projects. He taught some of these skills to youngsters in King's Sons, a church program that combined Gospel lessons with practical skills.

He absolutely loved his grandchildren and prayed for them regularly. He was a very soft touch for babies and loved holding them and doting over them.

He could fix anything that was worth fixing, and he collected a tool for almost every conceivable need, except for the next one he wanted to add to his workshop, which, of course, was built by his own hands. But his workshop was just that – every tool was well-used.  In retirement, he became particularly skilled at making wooden display bowls, some out of exotic woods, selling some but giving many to friends and family that to this day remain treasured artifacts of his skill.

He and Kathy traveled to many parts of the world, and in particular enjoyed cruises. Their travels, usually including friends, took them to Australia, Alaska, Hawaii, Europe, Israel, Canada, and the Caribbean. They also regularly enjoyed camping throughout much of the United States, but especially around the Pacific Northwest, making friends wherever they set up camp.  For health reasons they moved to Salem in 2019. He is survived by his wife Kathy; his son Daniel James Crooke of Salem, Oregon; daughter-in-law Becky Crooke, daughter Lisa Ann (Wenzel) of Delaware, Ohio; Son-in-law Philip “Fritz” Wenzel, granddaughters Carissa Bessich, Lindzey Gray, Kristina Donnelly, Danyell Szot and grandsons Philip James Wenzel, Daniel Alexander Wenzel, and 19 Great-grandchildren. He was preceded in death by grandson James Lewis Crooke.