Roger was born in Lebanon, Oregon.  He grew up in Turner, Oregon graduating from Cascade High School in 1969.  Shortly after graduating he enlisted in the United States Navy.  He volunteered to serve in Vietnam and served in crash fire and rescue.  Following Roger’s discharge he attended Portland Community College studying civil engineering.  Roger’s career was primarily spent in outside sales and most recently in timber products from which he retired in 2013.

Roger did everything he was involved in to the fullest, from racquetball, sports card memorabilia, to his most recent endeavor; golf.  Prior to his retirement, he resided at Meadowlawn Apartments where he had served as the president of the Men’s club. He has more than a few hole in ones at that course to his credit.  Rain or shine, he could be found on the course; with his golf cart decked out to reflect his love of Tabasco sauce. Roger was well known for his chili even; winning cook offs.  It was the best!  He loved his family, hot food, (the hotter the better), sports (loved his Seahawks) and sports memorabilia, oldies music.  He was a disc Jockey for many events.  There wasn’t a movie hadn’t seen.

Of all of his accomplishments, he was most proud to have served and defended  his country in the Vietnam War.

Roger is survived by daughters Angela Gwyn and Kimberly Spragg, both of Salem, sisters Debi Bouchie, Sylvia Dart, Beverly Dart and Linda Dart, seven grandchildren, and many nieces and nephews, and finally, his dogs (The Boys) Harley and Bailey whom he dearly loved. Roger was preceded in death by his mother Velma Marie Bluemmel, father Joseph Henry Baca, grandparents Rueben and Sylvia Hinman.

A Go Fund Me campaign has been set up to raise money to assist the family in paying for Roger’s funeral expenses.  Please consider donating. 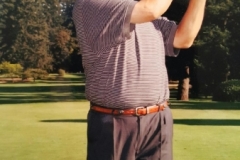 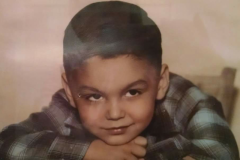 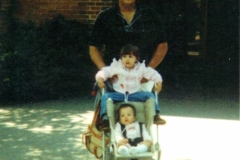 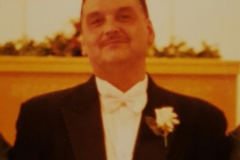 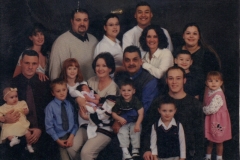 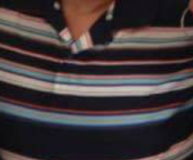