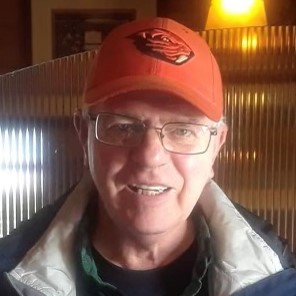 Robert (Bob) Lee Kerns left his earthly home on April 1, 2022 in Salem, Oregon and moved to his heavenly home.  He was 71 years old.

Bob graduated from Cleveland High School and lived in the Portland area before moving to Salem, Oregon in the mid 1980’s.  He enjoyed landscaping and growing his flowers and garden.  He also was a big sports fan and loved his beloved Oregon State Beavers College teams.

Bob was a very friendly, loving and a caring person.  He was loved by all of his family, friends and neighbors.  He will truly be missed by all!

Bob was preceded in death by his parents Orra & Lila Kerns, sister Barbara Kerns.  He is survived by his sister Shirley Crew, daughter Teressa, son Robert Jr. and partner Connie Woldt who he had many travel adventures with.  He also enjoyed his nieces and nephews and great nieces and nephews.

Internment will be this summer at Logan  Pleasant View  Cemetery in Oregon City, Oregon.

Your are invited to share some comments and/or special stories you may have about Bob at Johnson Funeral Home in Salem, Oregon.