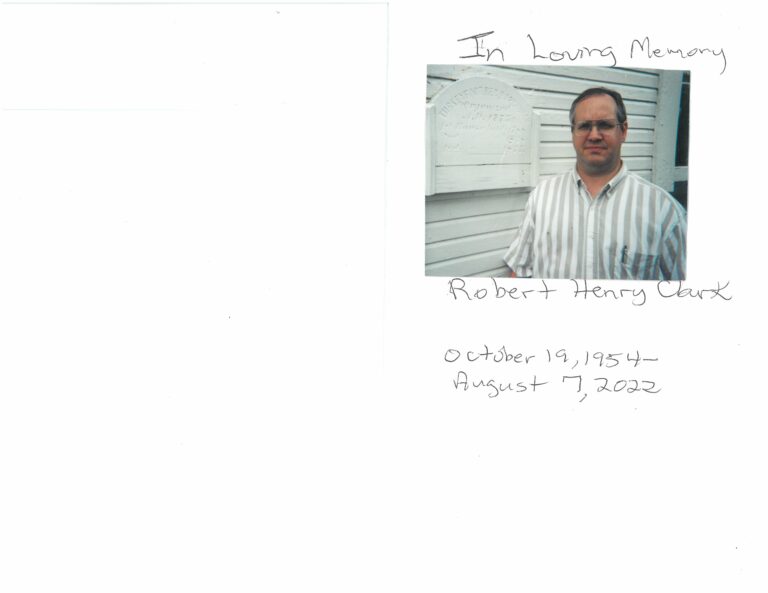 Robert Henry Clark was born October 19, 1954 to Lowell and Avalon Clark in Vancouver, Washington. He served a church mission to Quebec Canada in 1973-1975. He received his Master’s Degree from B.Y.U in Organizational Behavior. He retired on June 2016 after 29 years of working for the state of Oregon Employment Division. He is survived by wife Garnet Clark and sons Ben Clark, Nathan Clark, Daniel Clark, Travis Clark and Thomas Clark, and five grandchildren.