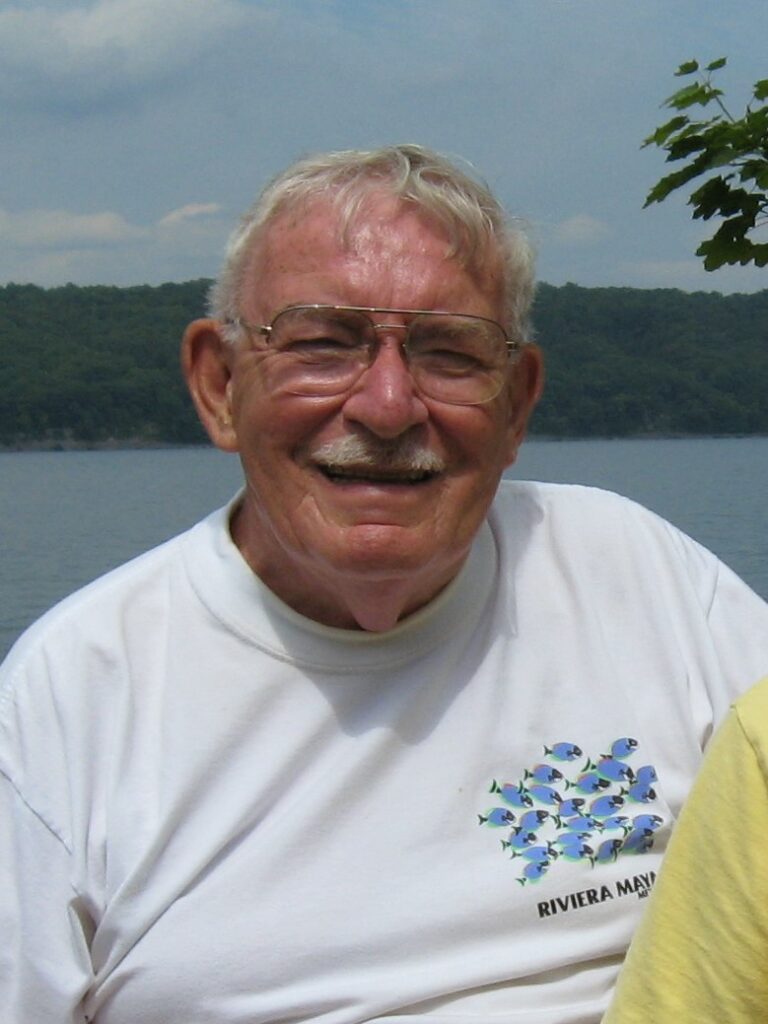 Robert “Bobby” Hodgson, 88, passed away on May 15, 2021, holding the hand that he had loved for 64 years.  He was born on October 29, 1932 in Philadelphia, Pennsylvania to Cecil and Anna Hodgson.   After Bob graduated from Frankford High School, he worked for a year in his father’s glass shop, learning the trade for auto and residential glass.  In 1953, Bob was drafted into the Army and served two years.  On May 18, 1956, Bob attended a dance where he met Barbara Sadorf.  Married less than a year later, they became an inseparable team for life.  Romantic partners and best friends, they celebrated their 64th anniversary this past February.

Bob attended Drexel University Evening College and graduated with a master’s degree in electrical engineering.  He spent his career in the Aerospace and Reentry Division for General Electric.   Bob had a reputation for being a caring, funny, and empathetic boss, as well as a sought-after technical expert.  He was dedicated to his work in aerospace, and had a deep love for technology, especially computers and computing, that lasted his entire life.

As father to three children, David, Gail and Janet, Robert always set an example for a good balance between work and play.  His integrity, work ethic and dedication to task was well balanced by his sense of humor, kindness, and love of taking the family on great trips and beach vacations.  Best of all were his words of wisdom:  he was the answer man, seeming to have knowledge and perfect, practical advice on everything from car repairs to finance to broken hearts.

Robert and Barbara raised their family in Maple Glen, Pennsylvania.  It was there they had the crazy idea to add an in-ground backyard pool – which Bob and Barbara built together.  The family enjoyed many happy hours in the pool.  Upon retirement, Bob designed his and Barbara’s dream house in the mountains of western North Carolina, where they lived for many happy years before moving to Oregon in 2019.

Throughout his life, Bob built many close and enduring friendships.  He had a long-lasting affection for Philadelphia.  Photography, woodworking and tinkering with electronics and computers were his favorite hobbies.  But more than this, Bob loved animals.  He never met a dog he didn’t like.  He and Barbara lived with a long procession of cats rescued from shelters, roadsides, and (showing up hungry at) the back door.  He also rescued and released raccoons, opossums, chipmunks, mice, snakes, frogs, spiders, bees, and various other critters that found their way into their mountain home.  His compassion for animals was limitless.

Robert is preceded in death by his parents, Cecil and Anna. He is survived by his wife, Barbara, and children David Mark Hodgson of Dayton, Ohio; Gail Elizabeth Hodgson of Salem, Oregon; and Janet Marie Hodgson of Downingtown, Pennsylvania; as well as grandchildren Ryan, Patrick, Jack, and Bridget Hodgson of Ohio and Summer Snook of Oregon.  He is also survived by feline friends Julius and his “princess” Frances.

Robert’s wisdom, humor, kindness, and integrity will be remembered and continue to thrive in those whose lives he touched.  He will also be remembered for being an outstanding Dad and a loving and devoted husband to his wife, Barbara.