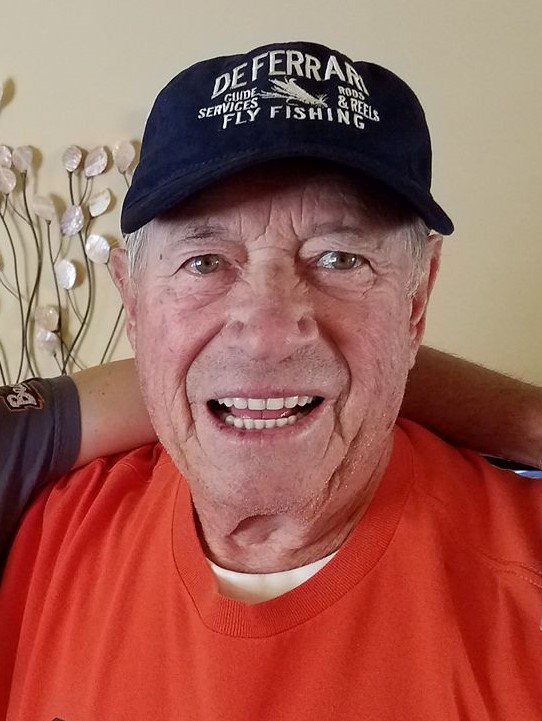 Dick and Jackie taught their family an appreciation of the great outdoors where they enjoyed camping, fishing and hiking. This is how they spent special weekends and family vacations, a favorite spot being on the North Umpqua River.

Being an avid fly fisherman, Dick and Jackie spent many summers riding horseback into Montana’s Bob Marshall Wilderness where they fished on the Sun River and camped off-grid for weeks at a time, enjoying the fishing and beauty of the adventure.

After retiring from NW Natural, Jackie and Dick enjoyed full lives traveling the US and several other countries. They headed South every winter to extend their outdoor adventures, which included daily rounds of golf and socializing with their friends.

Dick was a die-hard Oregon State Beaver fan, and he and Jackie followed football, soccer, baseball and basketball. His home-baked family recipe focaccia bread was a staple at parties where it thrilled family and guests alike. His annual vegetable garden was a visual masterpiece and great source of pride.

Dick and Jackie made friends everywhere they went.

Dick reached the end of his path at age 88 on December 10, 2022. He was a US Army 82nd Airborne Division Veteran and will be laid to rest at Willamette National Cemetery.

Dick is survived by his wife Jacqueline, sons Jefferson (Mary) and Rick, and sister Cheryl Wall (Terry) along with their children Jason and Amanda. He was preceded in death by his son Lance.

The family is honoring Dick’s request for no memorial service. Memorial contributions can be made to Deschutes Land Trust https://www.deschuteslandtrust.org/