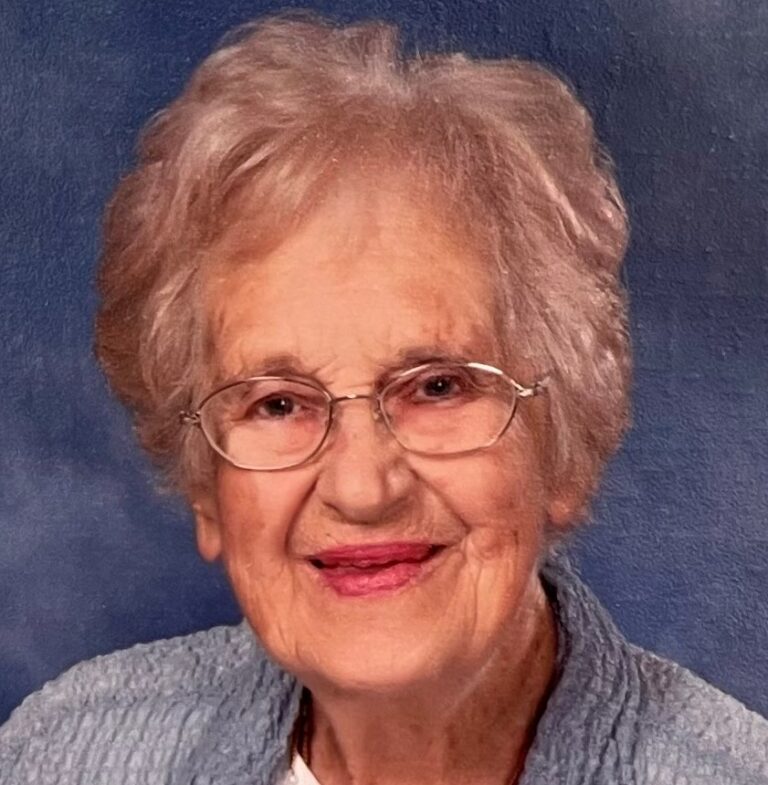 Rhoda Beauchemin, a caring wife, mother, grandmother and friend to all, quietly passed from this world on September 29th at the age of 95 in her care facility in McMinnville, Oregon. A Funeral Mass and liturgy will be held on October 15, 2021 beginning 11:00AM at St. James Catholic Church, 1145 NE 1st Street, McMinnville, Oregon. An outdoor reception commemorating her life will be held for all family and friends immediately following the funeral at Youngberg Hill Inn & Winery, McMinnville, Oregon. In the ensuing near future, a commemorative plaque will be placed beside her husband’s at Sunset Memorial Cemetery, Coos Bay, Oregon.

Rhoda was born at home to parents Marie and Herman in Marshfield, Oregon. She was their only child, but lost her beloved mother at the early age of nine. She prospered during her schooling years and graduated from Marshfield High School, where her academic abilities earned her the position of Senior Class Secretary.

She married her high school sweetheart, Bernard “Babe” Beauchemin in North Bend, Oregon as World War II warfare was ending and he was soon to be honorably discharged from his military obligations in the Army Air Corps. They made their home in Coos Bay, where they began a family and remained for 56 years.

Her early work years were spent as a secretary for insurance adjuster and longtime local lawyer, Jim Frame. Upon the demise of her father, Herman, she and her husband Babe assumed operations of the family’s 7th Street Grocery Store. The store continued serving as a neighborhood market and soda fountain, having acquired the nicknamed “Herman’s” by students of the nearby high school. After a seven year period, the grocery store property was sold to the School District and was incorporated into an athletic field complex. After this time, Babe continued pursuing his long career with Weyerhaeuser Company in earnest and Rhoda focused efforts on working part-time for the School District, assisting with numerous community activities and returning to her educational goals.

Rhoda’s many community related pursuits reflected her diverse interests: She was an active member of St. Monica’s Catholic Church in Coos Bay for 69 years. Her membership for 30 years in the Philanthropic Educational Organization (P.E.O.) helped women to advance their educational goals by her participation on the scholarship committee. Rhoda spent many years assisting with the local Smart Reading program, inspiring young students by reading, sharing and enjoying books. She volunteered time with the Friends of Shore Acres in the Shore Acres State Park Information and Gift Center, located in the beautiful botanical gardens there. Her interest in regional music events inspired her to host complementary lodging for Oregon Coast Musical Festival musicians. Rhoda also found gratifying her time with the Committee on Human Values and Sexuality promoting healthy and purposeful lives. In more recent years, she was associated with The Mercy Community, a Catholic ministry supporting healthy lives, family values and well connected communities.

Unusual for the time and at age of 58, Rhoda earned a Bachelor of Science Degree in General Studies from Eastern Oregon State College through external programs and through direct correspondence. This occurring after already receiving an Associate Degree from Southwestern Oregon Community College two years prior.

Rhoda was always a welcoming outgoing person, easily establishing new friendships, participating in diverse travel and seeking rewarding activities. In midlife, she and her husband took up backpacking with friends and family. Their extensive backpacking trips took them along routes on the Oregon Coast Trail, Pacific Crest Trail, into the Cascades, the Siskiyou Mountains and along the Rouge River. In retirement, she and Babe traveled throughout the United States, toured southern regions of Canada, spent extended time in Mexico, toured western National Parks and vacationed in
Hawaii. Later in life, Rhoda was able to travel to multiple destinations in Europe and enjoy several cruise ship tours as well.