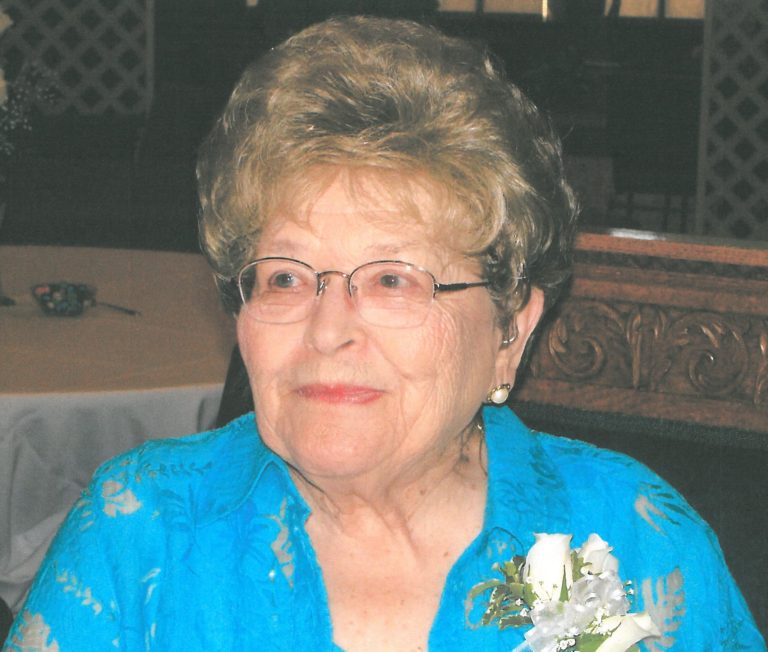 Opal Ione Barber went to be with the Lord on November 22, 2016. She survived her husband of 61 years, Bill, who passed away in 2001, followed by her oldest son Dennis who passed away in 2002.  Ione is survived by her son Rick, the last of the immediate family.  Ione was born at home in Trent, Oregon, in September of 1922 to Mid and Faye Kimball.  She grew up living at the saw mill which her father and brothers established.  In her words; she grew up with sawdust in her hair and listening to the steam whistle of the mill.

She met Bill while attending Pleasant Hill High School and they were married upon her graduation. Son Dennis was born in 1943 prior to Bill entering the service for WWII.  After the war, Ione was a housewife while Bill worked in the family sawmill.  Son Rick was born in 1947.  In 1958 the family moved to Salem, where Bill eventually started his own business; Capital Industrial Supply Co.

She was known as Ione by nearly everyone except her brother Claude, who nicknamed her “Cyclone, Ione”. Her great grandchildren caller her Little Nana.  To very close friends and her husband of over 60 years, she was known as Onie.

Ione was the kindest, most gentle woman I have ever known. Never was there an unkind worded from her about anyone, ever.  She was caring and always concerned about other’s feelings and making them comfortable.  Many who have known her have called her an angel and rightfully so.  I just call her mother.

no images were found