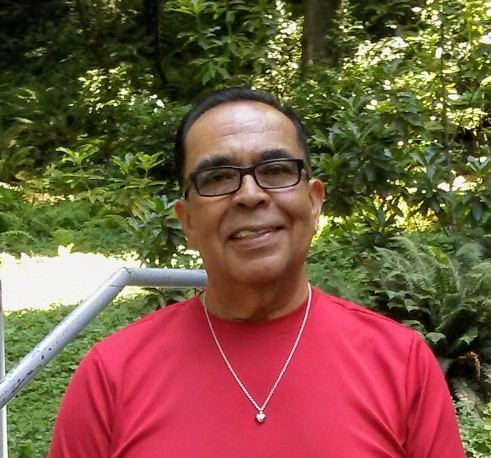 He was born in Guatemala City, Guatemala, and was the youngest of two children.

From his early days in Guatemala until his move to the United States in 1974, Moises David enjoyed creating and cooking authentic Guatemalan dishes alongside his dear mother, an enjoyment that eventually prepared him for his lifelong career in the hospitality industry.  Moises David worked his way from California to New York, doing what he loved the most: being a team member of elite event planners in New York, cooking and making lifelong friends along the way.  His charming personality and broad smile allowed him to ascend to management positions and lead bartender.  Moises David's attention to detail and high standards opened the opportunities for him to become a partner in a family-owned Puerto Rican restaurant in Alhambra, California, and eventually owning his own catering business with his wife, Esther.

In 2008, Moises David and his wife, relocated to Oregon where they eventually became caregivers in an adult foster home for seniors with mental disabilities.  After caring for his brother-in-law, John, who passed away in 2017, Moises David decided to go back to what he loved doing the most: food. He worked for CDS (Club Demonstration Services) located inside the Costco Store in Salem, until his death.

Moises David was preceded in death by his parents, Eulalio Rivera and Maria Marroquin, and son, David Rafael.

A Psalm of David

THE LORD is my shepherd; I shall not want.

He maketh me to lie down in green pastures: he leadeth me beside the still waters.

He restoreth my soul: he leadeth me in the paths of righteousness for his name's sake.

Yea, though I walk through the valley of the shadow of death, I will fear no evil: for thou art with me; thy rod and thy staff they comfort me.

Thou preparest a table before me in the presence of mine enemies: thou anointest my head with oil; my cup runneth over.

Surely goodness and mercy shall follow me all the days of my life: and I will dwell in the house of the LORD for ever.

The Rivera family would like to extend our gratitude to all our family and friends for their endless support and prayers.