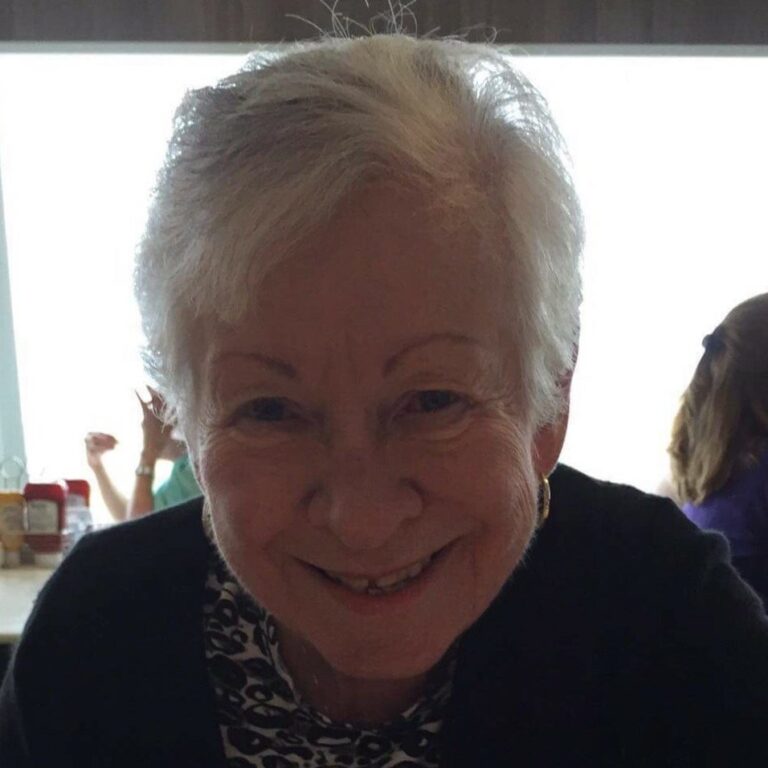 Born the middle child of Leo and Anna Berry, Marian loved to take care of people and knew from a young age that she wanted to be a nurse. After graduating from Anaconda Central High School, she attended Sacred Heart Nursing School in Spokane, WA where she was known for oversleeping and then attending Mass in her pajamas and cape.

Soon after graduating from nursing school, Marian started working at OHSU in Portland, OR. She quickly became a surgical nurse and worked on the team that developed the surgery that allowed her younger grandson to walk twenty-five years later.

While traveling home for Christmas in 1966, she met the love of her life when he sat next to her on the airplane. Marian married Bruce Page in March 1968. Their two daughters hope for such good luck every time they fly.

In 1975, Marian and family moved to Salem, OR. A few years later, Marian became the first female manager in the Oregon Dept of Corrections. She continued to work in Corrections until she retired. After her retirement, she began traveling all over the United States and Canada to inspect the health facilities in prisons to ensure they met the legal standard for care. Marian was recognized as a national expert in Corrections health care.

Marian quickly found that the best part of retirement was the time she had to spend with her grandchildren. She saw them daily when she wasn’t traveling and took great joy in spoiling them. The children quickly learned to ask Gma when Mom said no because Gma was in charge of everyone and she would always say yes.

After her beloved husband died in 2006, Marian began an amazing third act. She started volunteering at the food bank at Queen of Peace. She overcame her fear of water and of wearing a bathing suit to take water aerobics. She also joined TOPS weight loss group where they never lost much weight, but they sure had a good time.

Marian passed away at home surrounded by her family on November 16, 2020.

Marian was survived by her daughters, Rebecca and Kristy Page; her grandchildren, Nick & Leah Wilson, Seamus Wilson, and Elly Fellows; her brother and sister-in-law, Leo & Lurie Berry; and many other family members and friends.

Marian was preceded in death by her husband, Bruce Page; her parents, Leo and Anna Berry; and her sister Joan Berry Kegley.

In lieu of flowers, donations to Union Gospel Mission or your favorite social justice nonprofit in her memory are appreciated.