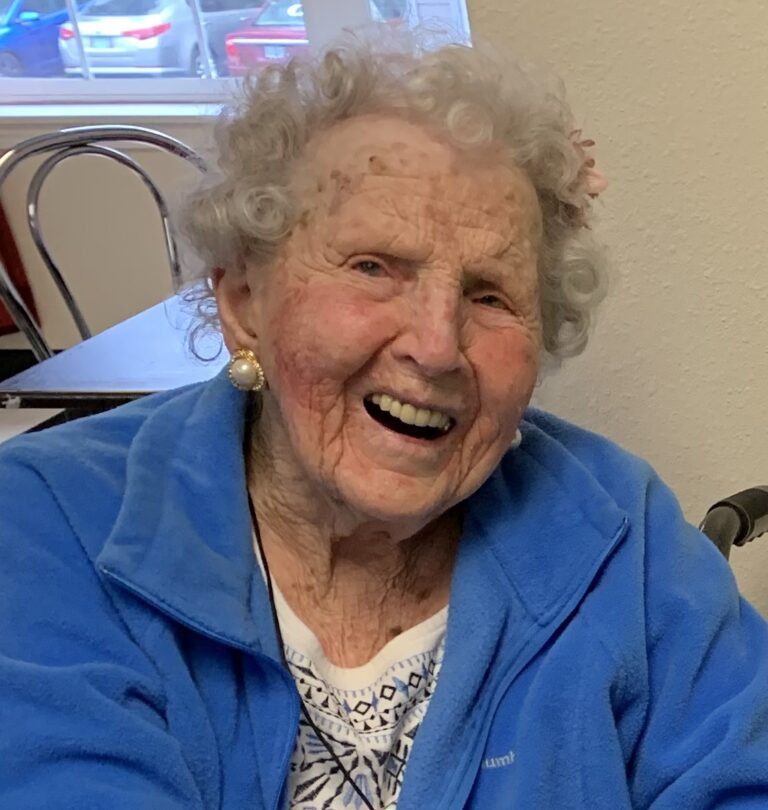 Margaret McKenzie Hausser led a long, full life, spanning the years from the 1st World War to the early part of the Covid-19 pandemic. Born February 3, 1918, she surpassed her 100th year to reach 102 before passing away on May 15, 2020. One can imagine the changes she saw during her lifetime. She always said she didn’t do well with modern technology.

Born in Nashville,Tennessee to Fayette Avery and Nettie McKenzie, she would live in a number of states and several countries. Much of her childhood was spent in Pennsylvania, where her father was president of Juniata College. She attended undergraduate school there, except for one year studying abroad in Aix en Provence, France. During graduate school at Cornell University in New York, she met her future husband, Harry E. Hausser. After marriage, she left school early to move to Austin, Texas, where Harry had a job as an English professor. From then on, the couple traveled, living in the different locations where Harry taught— Paraguay, Illinois, Colorado, Puerto Rico three times, Indiana, and finally Montana. Along the way, they produced four children — Barbara, David, Carol, and Marilynn.

When settled in Bozeman, Montana, Margaret brought her love of tropical plants with her, eventually building a greenhouse which she filled with hibiscus, orchids, monsteros deliciosos, and occasional pineapple plants. Both Margaret and Harry fell in love with Montana’s landscape and history, learning the names of the mountains and rivers, the plants and wildlife of their new home. They became avid hikers and skiers. Margaret looked for rocks along the streams where Harry took up fly fishing. They bought horses, had cats and dogs and raccoons.

They also attended cultural events at Montana State University where Harry was the first philosophy professor. Margaret acted in several plays the university produced. They made many lifelong friends. This was the world the children were brought up in. Margaret continued her Montana adventure after Harry died and the children had moved on to make lives of their own. She bucked bales of hay and hauled water to the horses, kept up her greenhouse, attended AAUW and book club meetings, and joined the Unitarian Church. During this time she had two borders stay at her house, Larry Lomax, a writer, and David Edward, her grandson, while he attended MSU.

As she grew older, she began to spend part of her days at Bear Creek Respite Center, three houses down from her home. She became good friends with Marian Steffes, the owner of Bear Creek, which she eventually made her home. There she enjoyed crafts, a poetry class taught by Gerry Higgins, trips to a swimming center, and Wednesday lunches on the town! Marian also facilitated her going to the local concert series. After her 100th birthday in Bozeman, she moved to Salem, Oregon, where her three daughters live. Settling into Redwood Heights, she participated in Zumba and exercise classes where both teachers used her as an example of a dedicated student. There she also attended movies, went to painting and crafts classes, joined in sing-a-longs when musicians came to play, and was very excited when animals — a miniature horse, bunnies, or dogs — were brought to the facility. She especially liked any and all parties — Halloween dress-up day, Mother’s Day photos and lunch, Christmas feasts, and her own 101st and 102nd birthdays! Margaret passed away on May 15, 2020.

Cheers, Mom! You led an amazing life! Those who wish may make contributions in Margaret’s name to The Help Center in Bozeman, or to the Margaret and Harry Hausser Lecture Series at Montana State University.