Marcy grew up in Alabama as Marcia Lee Baldwin. She excelled at music and performance and went on to achieve a degree in music, and performed as an actress in off Broadway plays and musicals. In later life she and her husband Bruce Winter moved to Medford, Oregon and started their family. She became a church choir director and then, with encouragement from her good friend Agnes Flanagan, found her true calling; English hand bells. Marcy started her first hand bell choir at the First Presbyterian church. She was very involved in the National Hand Bell association and started the Oregon Hand Bell Festival which drew ringers from all over the United States. For over ten years she directed the festivals in Medford, Oregon. Marcy organized this yearly event, bringing in famous directors to teach classes and to direct the public concerts at the end of the festivals. At her final festival she was presented with a piece of music written just for her and signed by the directors who had created it. This was one of her favorite possessions.

Marcy was also involved in starting the “We give Hugs in Medford” Chamber of commerce initiative in the late 70’s, and “Movies at the church” where all of the First Presbyterian kids, and anyone else who wanted to, could go watch a movie on a big screen at the church.

Marcy was featured in several news articles and in the Handbell Association newsletters; we’re finding pictures of her everywhere. While she never made it to Broadway or the movies, she was famous.

While talking to her many friends and family today, I loved how she was described. She was a Diva, a force to be reckoned with, a wonderful friend, a brat! And her smile... That smile would open any door, light up a whole room, and make friends with anyone who saw it. She will be very, very missed.

A Celebration of her Life will be at the First Presbyterian Church in Medford, 85 South Holly Street, Medford, Oregon on July 23rd at 11AM. 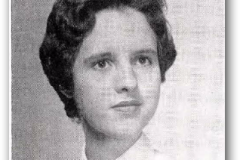 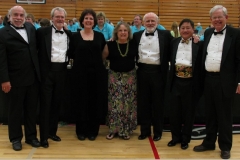 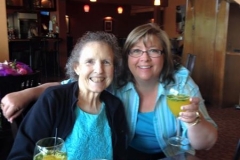 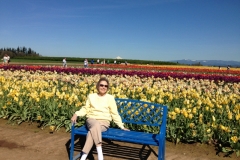 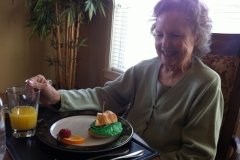