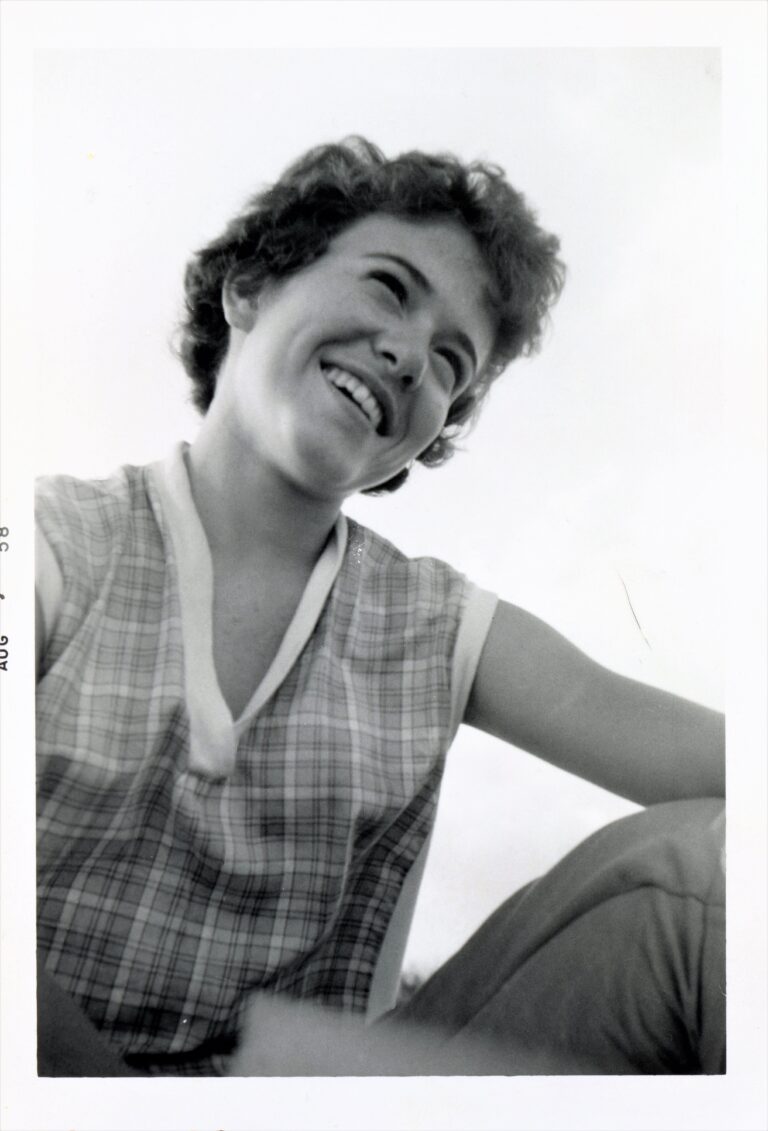 Lilla Marion (Walton) Earnhart passed away peacefully on October 30, 2022 in Keizer, Oregon.  She was 84 years of age.

Marion was born in Brownfield, TX on September 30th, 1938 to Bessie and Oscar Walton but grew up mostly in Brownsville, TX.  She had two older half-sisters, Minnie Lee and Virginia and a younger brother Bill.  She was raised in a loving home, but suffered the losses of both her oldest sister and father during those years.

After high school, Marion went to Abilene Christian College in Texas where she majored in art after taking an art class on a whim.  Decades later, one of her art professors said she was one of the most gifted students he had ever had.  While in college, Marion caught the amorous eye of Rex Earnhart.  They were soon smitten with each other and married in 1959.  As Marion finished up her last year of college, the young couple made plans to move to Vienna, Austria with a group of college friends as part of a missionary team for the church of Christ.  They moved to Austria with their baby daughter Michal in 1961 where they lived for the next 19 years.  They had four more children: Elizabeth, Evelyn, John, and Angela.  Their years in Austria were a never-ending hubbub of activity.  Marion learned a new language and culture, raised five children in it, kept up with an infinite set of household chores, stretched tight finances, hosted streams of visitors, and was fully invested in their work with the church.

In 1980, Rex and Marion moved the family back to the U.S. and eventually settled in Oswego, NY, where Rex worked as a minister for the Oswego church of Christ.  It was here that their three youngest children finished high school.  Marion worked full-time during these years.

In 1992 Rex and Marion moved to Heidelberg, Germany for three years.  Their final move was in 1995 to Keizer, OR where Rex took on the position as minister for the Keizer church of Christ.  Marion’s beloved mother passed away the following year in Texas.  Living so far away from her mother for much of her life was a hardship for Marion and she grieved her death deeply.  In Keizer, Marion enjoyed dear friendships and fulfilling work with the church.  Her memory began noticeably declining 12 years or so before her death but she continued to be surrounded by friends and family who supported her through these increasingly difficult years.

Marion was incredibly creative.  In addition to art, she also loved music.  Growing up, she found joy in playing the piano and easily lost herself in its company.  She also loved classical music and singing hymns, the latter giving her much comfort as her memory declined.

Marion always found ways to infuse her unquenchable and joyfully creative spark into everyday tasks, whether it was her tendency toward comedic performance, her creation of elaborate bible classes for both children and adults, the beautiful way she chose and arranged knickknacks on a shelf, or the way she mixed all kinds of un-mixable foods to create a (usually) tasty meal.  Such memories are cherished gifts she left for her husband and children.  She also left behind tangible gifts of her creativity: college sketchbooks and paintings, binders full of letters and journals, and afghans crocheted during her later years.  She simply had a knack for creating things with flair and beauty out of practically nothing.  She also exhibited a kind of unapologetic fearlessness in her creative endeavors.  They were done from a sense of joy, with no need for perfection.

Marion was a woman of deep introspection and deep faith.  In later years, she found great peace in the quiet morning hours of each day when she would drink her coffee, read scripture, pray and journal.  These hours grounded and sustained her through her day.  She loved and cared for the people in her life, was deeply invested in the churches she and Rex served, and made a lasting impression on many  who came to know her.

Marion loved her husband Rex and he loved her deeply in return.  She repeatedly expressed great joy in their partnership.  In later years, they found pleasure together co-hosting small church groups in their home, preparing meals, working in the yard, and taking trips to the Oregon coast.  He was her rock and she adored him to the very end.

Marion is survived by her husband Rex of 63 years; by her five children and their partners, Michal Earnhart-Woods and Tim Woods of Nashville, TN, Liz Earnhart and Loyd Singleton of Portland, OR, Evelyn Earnhart Jones and Howard Jones of Salem, OR, John and Tami Earnhart of Encinitas, CA, and Angela Earnhart and Tony McLucas of Spokane, WA; and by her eight grandchildren, Jake Pendergraft, Caleb Pendergraft, Micah Woods, Landon Woods and Susie (Clark) Woods, Isaac Earnhart, Maria Jones, Emma Jones and Ian Earnhart.   Marion is also survived by her older sister Virginia Ballenger, her younger brother and sister-in-law, Bill and Judy Walton, and many nieces and nephews.

A memorial service will be held Sunday, November 20th at 3 pm at Keizer Church of Christ, 5405 Ridge Dr N.E., Keizer OR.  Donations in her name can be made to Eastern European Missions at www.eem.org/memorials-and-honors.