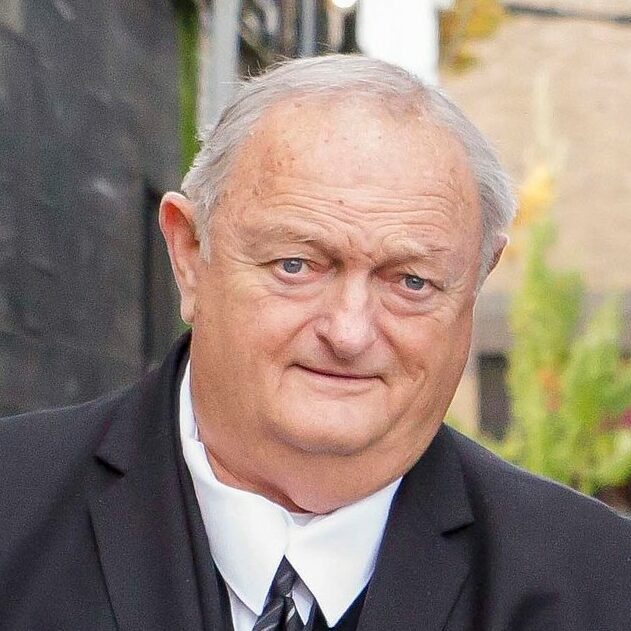 John Bradley "Brad" Clack, 73, of Aumsville, Oregon passed away with family by his side on March 2, 2022. He was born December 22, 1948 in Toledo, Oregon to John Eugene Clack and Mary Ann (Byerley) Deneke. In the early years they lived near the Oregon Coast, in Southern California, and later settled in the Willamette Valley.

Brad worked a handful of jobs where he formed many deep-rooted meaningful friendships, before beginning his longtime career at S.S. Steiner, Inc. Brad was an Oregon hop industry legend, solidifying his place in the industry’s history during his 42-year long career. He cared deeply about Oregon hop growers and their success; in keeping with this commitment, Brad served on the Oregon Hop Commission in 1992-1999 and again in 2004-2013 as the Dealer/Handler member. He spoke softly and thoughtfully, but his words were powerful. Brad was the master of farm visits as well as road trips to Idaho and Yakima, the most meaningful of which included the delivery of Brad and LaRee’s famous Christmas fudge.

Brad had many talents, you name it, he could make it. He engineered and built many things, ranging from fine-tuned parts for unique projects, to trailers, sand rails, and numerous custom creations. Brad also spent time fishing, clam digging, coaching baseball, and was quite the baker - he made the most amazing apple pie! His all-time favorite pastime was going to the sand dunes and camping with his family. He enjoyed spending those days roaming the dunes and cruising the ocean banks, then the evenings by the campfire surrounded by friends and family. He was a loyal friend and someone that could be counted on always, especially during times of need. Brad was indeed one of the "greats", leaving behind an empty space that no one can come close to filling.