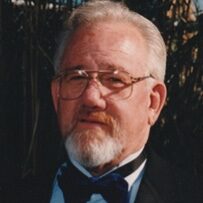 Jerry Len Weakley residing in Salem, Oregon, passed away on May 21st, 2021 at home. He was 84 years old, born March 23, 1937 at home in Tipton, Indiana to Ralph and Nellie Andrews Weakley.

He attended Tipton public schools, graduating from high school in 1955. He attended Jordon Conservatory of Music in Indianapolis for one year and then enlisted in the United States Navy on July 5, 1956 as a Navy Musician.  He went to Bainbridge, Maryland for basic training and the Navy School of Music. He stayed on active duty until December 1964 traveling the world playing music, and then went into the Naval Reserve, retiring as a SCPO E8 in 1977.

His professional career started at Mount Vernon High School in Fortville, Indiana in 1969. He then headed west to teach at Lompoc Senior High School from 1971 to 1981 in Lompoc, California. He finished out his teaching career at Garey High School in Pomona, California. Over the course of his career, every year his bands entered and won competitions and took the highest rating of superior at music festivals. Jerry retired from teaching in 2004 and moved to Salem, Oregon along with his wife Bonnie Weakley. In 2016, Garey High School honored him by dedicating and renaming the music building the Jerry Len Weakley Viking Hall. His love of music and his students is evidenced by the outpouring of love he’s received over the years from his former students.

The service will be held June 5, 2021 at 11:00am at the Church of Jesus Christ of Latter Day Saints in Salem, Oregon. Military Honors will follow immediately at 12:00pm. There will be an online Celebration of Life at a date to be announced.

Please consider a donation to your food bank of your choice in honor of Jerry.