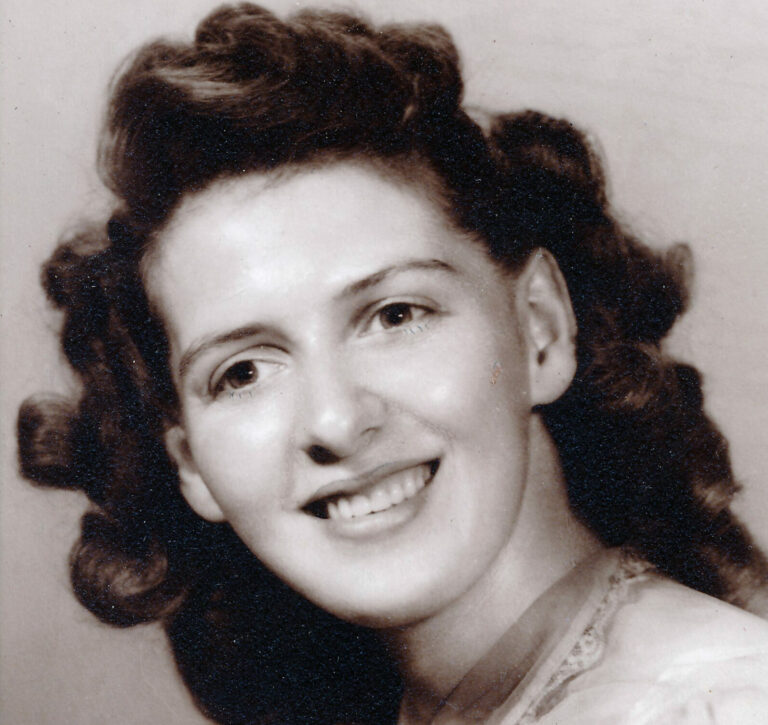 Delores Jeanne Mabee was born August 20, 1931 in Brockton, Massachusetts to parents Charles and Delia Mabee. She and her twin sister Joan Doreen arrived premature at less than 3 pounds each. They joined their sister Beverly and the family had three young daughters under 10 months old. Jeanne and Joan won a cutest twins contest as babies. Despite the challenges of growing up during the Depression and WWII Jeanne completed high school and graduated in Longdale, California.

Jeanne met Gerald through a friend while they were working in a garment factory. Her friend’s brother suggested Jeanne write to Gerald while he was in the Navy. Jeanne said she would only write to him if he wrote first. After nine months of letter writing they finally met in Redondo Beach, California. Gerald proposed after a few short months, and they were married December 9, 1951. They welcomed daughter Rebecca Rachel (Thornton) in 1959 and son Gerald Edwin Hand, Jr in 1967. Their almost 70-year marriage took them on a journey to many interesting places in Texas, Oklahoma, Arizona, California, Washington, and Oregon.

Jeanne was a pastor’s wife and volunteered with many missions projects and community events. She also had a varied career including school administrator, bookkeeper, apartment manager, realtor, small business owner, a position with the Migrant Indian Coalition in Oregon, and worked for the state of Arizona. Jeanne completed her bachelor’s degree while living in Arizona at the age of 67. She was very active in women’s Bible studies, church events, The Salvation Army, and her Albany TOPS group. Jeanne’s favorite hobby was going to garage sales and bargain hunting. She was a very generous woman and often found great deals so that she could donate them to those in need. Jeanne was very active in the lives of her children and grandchildren.

The family will hold a memorial service Saturday, October 16 at Johnson Funeral Home in Salem, OR.