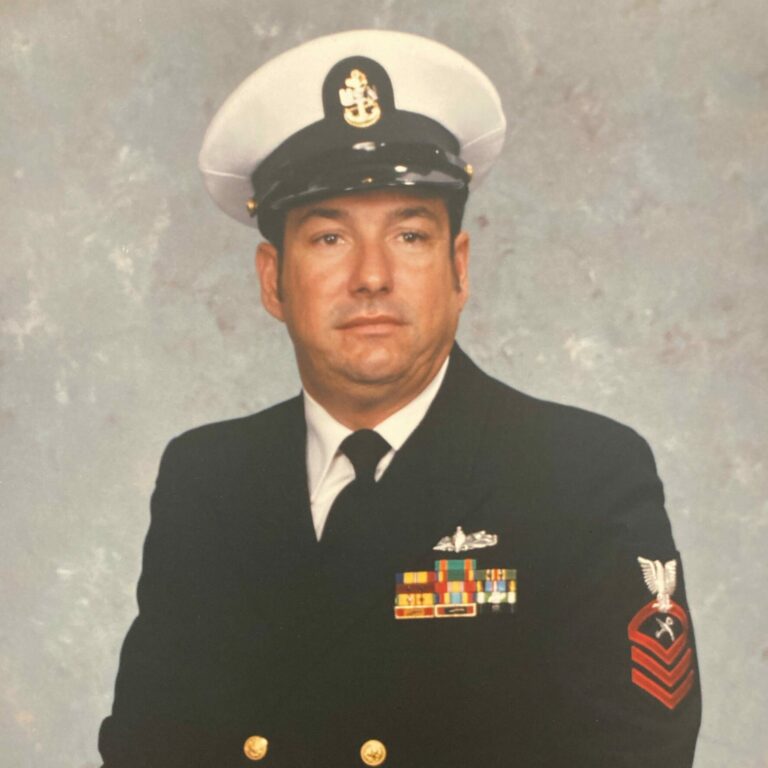 After he graduated from Montmorenci High School in 1962, he graduated Indiana Barber School in Indianapolis and joined the United States Navy in 1964.  While in the Navy Jim honorably served multiple tours in Vietnam: 1968,1969, 1970, 1972 and 1973 earning the Navy Achievement Medal, Combat Action Ribbon (Da Nang), Vietnam Service Medal with Silver and Bronze Stars, Republic of Vietnam Campaign medal with devices, just to name a few. Jim traveled the world and loved sharing his sea stories. He served proudly on the following ships: USS Mazama AE-9, USS Horne DLG-30, USS Reasoner FF-1063, USS Sumner DD-692, USS Orleck DD-886, and USS Tripoli LPH-10. He was also assigned to several shore duty stations during his time in the Navy but his favorite was NAVFAC Adak, AK.

Jim married the love of his life, Janet Holden April 29th, 1972 in San Diego, CA. Jim and Janet had two children who also served in The United States Navy, Leonard Schilling (E-6) and Julie Eschilling (E-5).  After retiring from the Navy in 1986 as a Chief Petty Officer (E-7), Jim went to work for Kitchen Collection Inc. as a manager. He retired from there after 20 years as a Regional Area Manager. Jim enjoyed spending his time outdoors. He loved hunting, fishing, camping, hiking, kayaking and martial arts. Jim was a devoted animal lover and gave a wonderful life to all his beloved dogs throughout the years.

Jim was predeceased by his parents, Leonard and Alicia and his wife, Janet.  Jim is survived by his children, Leonard (Michelle) Schilling, Julie (Sheri) Eschilling, his beloved grandchildren Katie Schilling, Ayla Eschilling, Lila Eschilling and his sisters DeEtta (Bob) Koning and Rita (Dick) Erlenbach.  Jim will be missed dearly. He was a good man loved by so many. He was a fierce protector, and a true patriot serving his country with honor. He was a loving husband, father, grandfather, and friend.

Fair winds and following seas. Your watch is finally over. Rest in Peace.