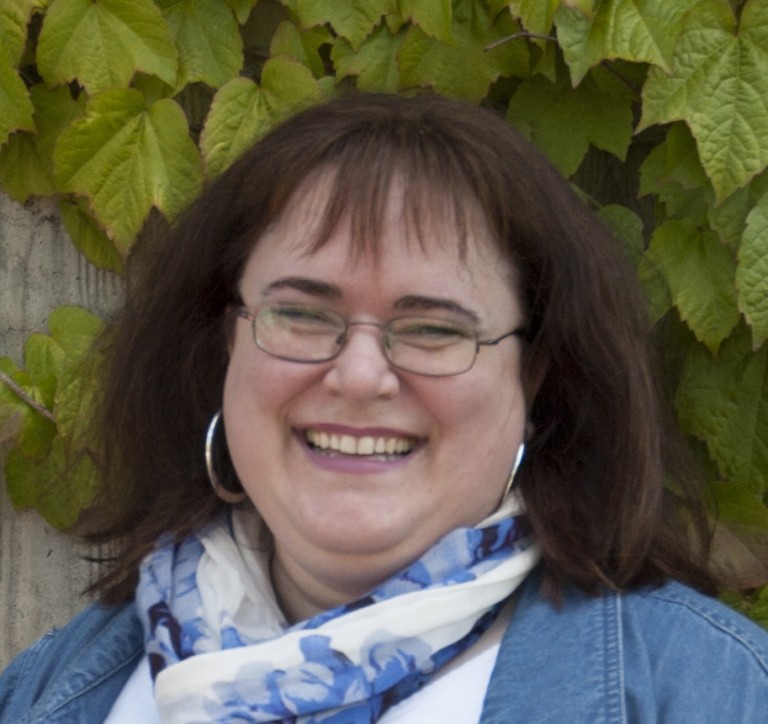 Erin Nepenthe Solomon, favorite auntie, maker of gifts and devoted friend, died after a brief illness in her Salem home, just after midnight on Dec. 31. She was 43 years old.

Erin could carry on an entire conversation in movie quotes, bake a mouthwatering peach pie, and was an award-winning counted cross-stitch artist. Erin was especially loved by her nieces and nephews, who enjoyed one-on-one time with her during “Auntie outings.” They could look forward to her traveling cross-country, if needed, to be there for special moments in their lives.

Erin was born the third child of Norman King Solomon and Mary Leora Mattson Solomon on Sept. 20, 1972, at the Annapolis Naval Station in Annapolis, Maryland. There she was welcomed home by older sisters Julie and Heather. Known for her delightful sense of humor and infectious laugh, Erin enjoyed telling people she had been born at the “navel” academy.

Early on, she was known for her compassionate love for others. Her dad remembers that when Erin was little, there was never just one baby crying in church because Erin would burst into tears at the thought of another child being sad. She was cherished as the family’s peacemaker. Troubled by any fighting or arguments, she would find a way to make squabbling siblings laugh and make up. Erin chose “Nepenthe” when she wanted to add a middle name, as a reflection of her desire to help others heal. Figuratively, the word means “that which chases away trouble or sorrow.”

Erin had a way of talking with people one-on-one that made you feel like the only person in the universe. She made friends easily with people from many backgrounds and walks of life. Erin spent most of her free time helping others, and was a wonderful example of Christlike love. She comforted and cared for people who were sad or sick, gave rides to the transportation-challenged, organized charitable events at work, and acted as a second mom to nieces, nephews and children of her friends. Erin made many blankets, counted cross-stitch pictures, baked goods and other crafts to give away. She kept only a few of her numerous projects, because she shared almost everything with people she thought needed a little love.

Baby Erin moved with her family from Glen Burnie, Maryland to Logan, Utah, where fourth child Melissa was born. She then lived in Pocatello, Idaho, before moving to her hometown of Salem, Oregon just before Christmas in 1977. She joined her sisters in jumping on the couch to celebrate the birth of their first brother, Joel, shortly after the move, and again for their youngest brother, Dave, in 1980.

Erin developed a strong sense of integrity at a young age and earned Wright Elementary School’s award for “Always Being in the Right Place at the Right Time” at sixth grade graduation in June 1984.

Her love of music led her to play the clarinet and sing in her middle school choir. She also sang with her sisters in musical performances for her parents on a “stage” made of wooden chairs, sang in her church choir as a teen, and later enjoyed collecting music and making playlists for family members.

A lifelong member of The Church of Jesus Christ of Latter-day Saints, Erin served an 18-month mission for the church in Knoxville, Tennessee, beginning in October 1992. There she shared her testimony of Jesus Christ and His gospel, volunteered at local Head Start classes and developed her love of the people of the South, with their warm hospitality and delicious cuisine.

After earning her bachelor’s degree, Erin began full-time work, including 10 years at Oregon Department of Corrections. There she served as a librarian at Coffee Creek Correctional Facility in Wilsonville, followed by work in the office of religious services and the office of diversity and inclusion in Salem. Erin’s supervisor and mentor, Gary Sims, describes her as “kind, inspiring, giving, helping, helpful, gentle, gifted, insightful, resourceful, competent, powerful, spiritual, delightful, funny, holistic, strong, God loving,” and as someone who lived her faith.

Friends and family are warmly invited to attend Erin’s funeral. Services will be held at 11 a.m., Saturday, Jan. 9, in the meetinghouse for The Church of Jesus Christ of Latter-day Saints, on 2530 Boone Road SE, in Salem, Oregon.

In lieu of flowers, donations in Erin’s memory may be made to The Doernbecher Children’s Hospital Foundation, which became a favorite charity of Erin’s after the hospital cared for a dear friend and a young niece. 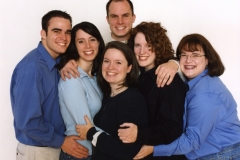 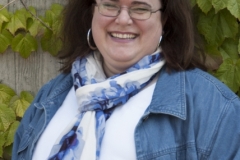