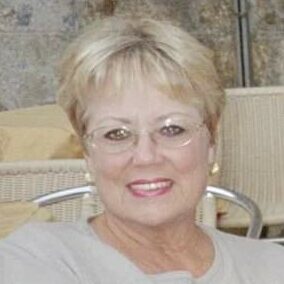 Our beautiful mother Dorothy Ann Lane Moriarity age 78 of Keizer Oregon passed away on May 11th 2022 at Salem Hospital from illness.

She was born to Fred and Lola Frances Lane on October 6th 1943 in Oklahoma and already had a big sister, her only sibling Frieda Lane Sullivan. The family moved West to California where she and Frieda went to Banning High School. She would go on to have two children Judy Lynn, and Scott Anthony Rico Dorothy then moved to San Jose raising her children there. She was a wonderful mother who was a campfire girls leader, a Cub Scout Den mother, and a member of the PTA . She would eventually meet and marry the man who would become her soulmate and partner-in-crime; her beloved husband Rich.  It was through her husband and his love of flying their small two-seater plane that she would become a member of the Flying Club. She was an office manager for a growing plumbing contractor for most of her working career. She retired in Keizer, Oregon where she would become a member of the Newwcomers Club, a wine club, and various other bridge clubs, and fun social activities. She loved a good martini and a theme party as her flair for decorating and her style were well known by everyone who knew and loved her.

She is preceded in death by her mother, father, and sister. She is survived by her loving husband Richard,  daughter Judy,  son Scott, three bonus children Debbie, Richard, and Colleen , Goddaughter Emily,  five grandchildren, and seven great grandchildren, as well as bonus grandchildren.

In in lieu of flowers please donate to breast cancer awareness.