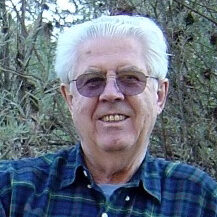 Donald Lem Phillips, known as "Don", was born in Battle Creek, Nebraska and passed peacefully in Salem, Marion County, Oregon on April 28, 2021 at the age of 88. He is survived by his daughter Jeanette and son Robert, children of Mary Ellen nee Knatz Phillips, his first wife who predeceased him. He is also survived by son-in-law Scott Osbourne, daughter-in-law Lara, step grandchildren Stephen and Helena, brothers Bob and Larry, and sister Rosie Killian.

Don graduated from Grants Pass High School in Oregon. While in high school he was active in 4H and won a national scholarship for chicken breeding. He was also active in the Boy Scouts, achieving the rank of Eagle Scout.

He became a CPA and then shortly thereafter served as an officer in the Navy. Don worked as an accountant and auditor for his entire career, with active accounts into his eighties. Among other projects, he was instrumental in the Embarcadero development in Newport, Oregon

He was a member of the Benevolent and Protective Order of Elks, and active in numerous other charities and civic organizations in the Albany and Salem areas throughout his life. He remained an avid supporter of Linfield College and 4H for his entire life. He thought that a good education was a key to success and happiness. He was always ready to help others with tuition and other education costs. He also served as an advisor to Oregon governor Mark Hatfield on tax reform.

Don was active in several hobbies including golf, fishing, and rock collecting. He was an avid wine collector with a special interest in Oregon pinot noir wines.

There will be no public service. In lieu of flowers, his family asks for donations to 4H or Linfield College. He was a good man and good father, and will be missed by all who knew him. 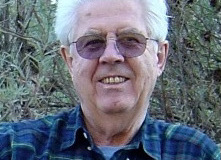