Dave spent most of his life vision-impaired, and those who knew him best often wondered what he actually saw. It was a great mystery how he could spot an airplane, then walk into a door the next moment. Regardless of what he saw, those that loved Dave saw so much in him.

Dave grew up in an adventurous, outgoing, loving family. From a young age, he spent summers hiking with the Chemeketans and winters skiing at Hoodoo and Mt. Bachelor. Dave became the youngest person to summit Mt. Siyeh in Glacier National Park at the age of 10. He loved his youth and often remarked that he had the best childhood anyone could ask for, with so many outdoor adventures with family and friends, scouting (becoming an Eagle Scout), and his treasured memories from his time as a camper and counselor at YMCA Camp Silver Creek.

Dave graduated from North Salem High School and started college, but preferred to spend his time skiing. As a young adult he followed a dream by starting a restaurant with his good friend, Mike Smith – The Bus Stop Cafe on Court Street. The partners completely remodeled the space with friends, as well as the one next door for The Joker’s Wild Tavern, where the Gov. Cup now is in downtown Salem. Dave married Sue Armstrong in 1976 and they had three children together. Although they divorced later, Dave and Sue were very proud of seeing their kids grow up.

Once starting his family, Dave enjoyed his long career at Walling, then Riverbend Sand & Gravel. Always appreciating the challenge of repairing something, fixing the rock crusher was his favorite part of his job, even once he was in management. Dave also started a business in 1981 with his good friend, Jeff Fox, F & S Security Electronics.

It’s hard to describe the father, son, brother, cousin, and friend that was loved by so many. He was grumpy by nature, had a dry sense of humor, and went through life with a wry smile on his face. He was an amazing cook and always had room at the table for his kids’ friends. He relished his time fishing, especially in Alaska, and amazed us all when he took up skiing again after becoming legally blind. He was known for being able to fix almost any machine, including the pump at Windsor Pool on too many occasions to count. Dave volunteered as a Keizer Fire Department volunteer firefighter in the 1980s and served on the board of BlindSkills. He also served in the National Guard.

Dave died on May 20, 2020, peacefully and in comfort. He is pre-deceased by his father, Dr. Robert “Bob” Siddoway. He is survived by his mother, MaryAnn Siddoway, his siblings, Molly Siddoway King (Jeff) and Richard Siddoway, his children Melissa (Michael) Lindley, Kathryn Bartell, and Scott Siddoway, as well as his two grandsons, Ike Lindley and Conor Bartell, whom he loved deeply.

Our family is grateful for the care and consideration provided by Capital Manor, where Dave lived, as well as the care he received from Willamette Valley Hospice. Dave and his family would be honored by any donations in his name designated to the YMCA of Marion & Polk Counties – Camp Silver Creek.

Our family hopes to have a celebration of life for Dave when larger gatherings are able to occur again. Please check back for updated information regarding date time and location of service. 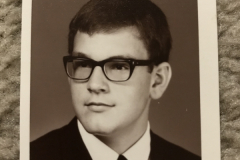 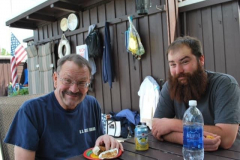 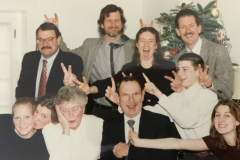 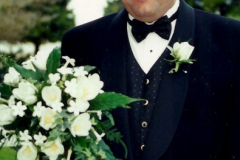 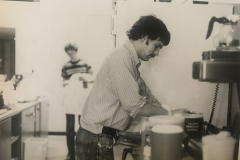 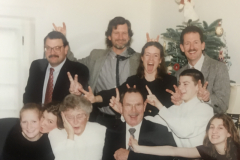