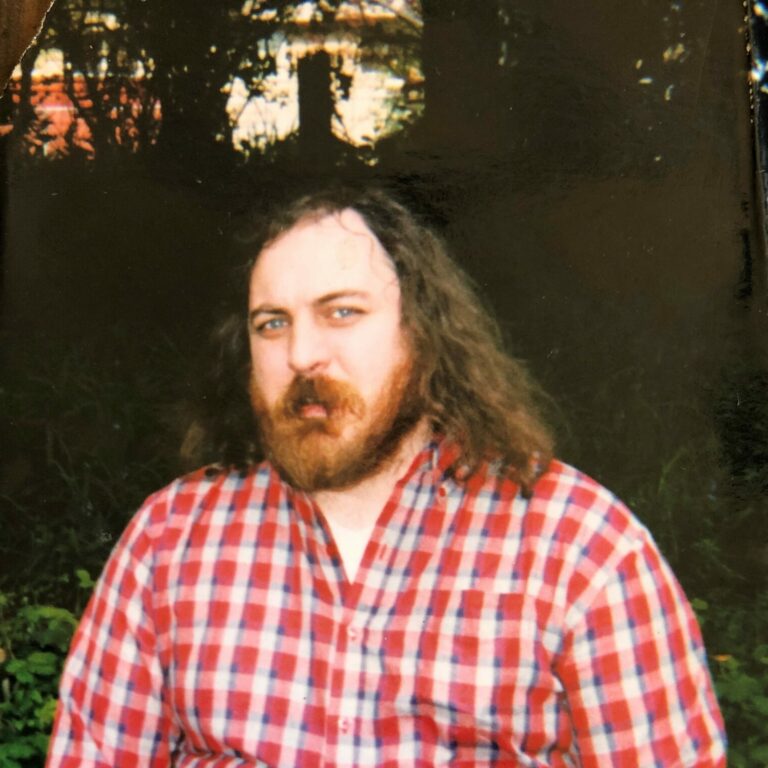 Clint, 58, passed away of natural causes at his group home in Salem, Oregon on September 5, 2021. He was born to Leroy and Marie Tracy on May 8, 1963 at Salem Memorial Hospital. His mother, Marie, sister, Anna, and uncle, Charles Nix, preceded him in death.

He grew up on the Tracy farm in Turner, Oregon, and while a youth, he helped with irrigation, clearing brush and working on vehicles, attended Christian church services with the family, and attended Cascade High in Turner where he played baseball, trumpet in the band, was a champion wrestler, and raised lambs in the FFA.

He was a strong swimmer and canoed and camped with the Boy Scouts while his dad helped lead the club. He enjoyed fast cars, motorcycles, fishing, hunting, and collecting rocks and flying kites on the Oregon Coast. He also loaded Christmas trees and ran a saw mill at the State Hospital for a time. He was a “gentle giant”; quieter and more reserved in his later years.

He is survived by his dad, Leroy Tracy of Turner, sister, Michele (Scott) Walberg of Turner, brother, Aaron Tracy of Jefferson, aunt, Marlene Nix of Turner, cousin, Bill (Rhonda) Nix of Turner, and cousins on his mother’s side of the family.

A closed-casket funeral service will be held Tuesday, September 14, 2021 at 1:00 pm at Peoples Church, 4500 Lancaster Dr. NE, Salem, Oregon. Masks encouraged as a courtesy to others. Serving the family is Johnson Funeral Home of Salem. Clint will be buried at Twin Oaks Cemetery in Turner in the Tracy family plot.