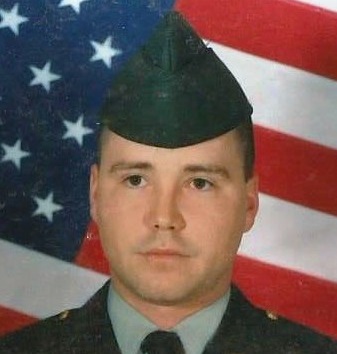 Chris was born June 16, 1971 in San Fransisco California.  His life story is best shared through the eyes of his family and closest friends.

At approximately 11:00 a.m. on June 18, 1971, I got to meet and walk out of the hospital with my son Christopher, who was about 27 hours old. Probably one of the most memorable and joyous days of my life to be able to adopt this child into my life.

I taught him to swim when he was about two years old. His older brother Joey (now deceased) took him on his first motorcycle ride when he was 2. It got to be a regular thing when I came home from work on Saturday mornings about 10 a.m. after an all night shift, he would hear the car and hide wait until I got my coffee and sat down in the family room. He’d put a blanket over his head and come and tell me he was Mr. Blanket, and “what was I doing in his house”. Myself and Mr. Blanket had all kinds of imaginary events until I fell asleep.

He was a bit of a hell raiser. He and a school friend decided to go for an train ride, somehow got to Salem and on board the Amtrac train. They were discovered and booted off the train in Eugene, OR. I was called and made the trip to pick them up, and pay for their tickets.

His adopted mother wouldn’t allow him to be told that he was adopted until sometime between 1976 and 1980, in a fit of anger she told him.

After he got settled with us, within a few years, he became adamant about finding his birth mother, to find out who he really was. As an adult on his own, he became more obsessed about finding her, and hired services to search for her, without success.

Another dream of Chris’s was the Military. He wanted to be an “Army Man” since he was a young boy. Ultimately he achieved both of his dreams.

Shortly after his first tour in Iraq (he did three tours), he received a letter in the mail from his bio-logical Mother (Teri) and father (Howard), who had been searching for him. They met him here in Oregon, and Chris discovered that he had a fairly large extended family in Tucson. He made sev-eral trips there and became very close with the family.

I told Chris that I understood that he wanted to be close to the new family, as that was his forever dream. He told me “You are my father and always will be.”

Having moved to New Mexico, for Carolyn’s health, I have been unable to see him in person as much as I would’ve liked, except for Christmases, summers, and occasions when I have come up to help him with projects at his home. I had been able to keep in pretty close contact by phone, and I will greatly miss our conversations. I feel a very deep sense of loss at his passing.

To many of us, he was not only different by  name, at times, but a different person to each of us in his own unique way.

Throughout the years He came in and out of our lives and when he was "on" he touched us ALL,

In one way or the other that we will NEVER FORGET!!!

Now, and forever more,  is how we should remember him....when he was ON.

Christopher came into my life at age 10, full of crazed energy and a zest for life, outdoor life, especially… We had so much fun, together after school before I graduated and moved away.  I am so thankful for the time we shared back then… we had such a special relationship I know he loved me as I did him.  I am truly thankful for that.

As long as I've known Christopher, he seemed to have been searching for something that he could never quite put his hands on....for that,  I am truly sorry,  for it left him "half empty" instead of "half full"

Through all the years, Christopher has been so generous. I could go on and on about all of that and the adventures we shared, but my most memorable times were, from a time in his life that he was not affected by his "demons" and "his so-called shortcomings"... It was when we would go over to the Amity Gradeschool on summer nights and play on the jungle gym set, sliding and swinging and ... up in the top of the covered fort area laying down opposite each other with our heads hanging out so we could view the stars, We loved the stars... Wishing we could swing on one.

From Douglas A. Jones (Brother)

As a kid, I met him when he was 7 or 8 or even younger, maybe 6 because he seemed to be kinda small, but he made up for it with his big mouth. Seemed like he never stopped talking and asking questions.

I introduced him to Military life in 1981.

He came and met my ship in Hawaii, the USS Tuscaloosa 1187, and sailed with us for two weeks. It was the last leg of our West Pac (Hawaii to San Diego). He had a ball running all around at all hours exploring. It was fun spending time with him.

In 1984, he came to stay with my then new wife in Nevada (Naval Air Stn. Fallon) for almost 6 weeks. He loved the Navy life and thought the uniforms were cool. During that time, he drove my jeep in the desert “awful I might add”, shot my 12 ga. shotgun for the first time and got knocked over by it. I took him out to the bombing range several times. We hunted jack rabbits and fished. I will never forget that summer.

Chris was full of questions and talked his way into the pilot’s seat of an F18 in the hanger.  Chris once showed me how he could Moon Walk. He was actually the best I’ve seen. He could Moon Walk without watching his feet.  He wrecked his Nissan pickup in a rollover, again it was about time to figured out how to fix things fast.  At one point Chris looked up to me, and at another point I looked up to him.  Then we wrecked his Nissan Pathfinder, and that’s when the nick name Chris KRINKLE became his.  He liked explosives and blowing shit up. I think his favorite holiday was 4th of July.  Chris was a great pet owner, and loved going into the woods.

Christopher Jones was my uncle, yet I feel as though I’ve lost my older brother. Chris was the only person I’ve ever known who enjoyed the woods in the same way I do. Neither of us had one specific activity we enjoyed such as hunting, fishing, hiking, etc. It was always about picking a road, or train, seeing where it went, and getting some fresh air along the way. Anything else was a bonus. Of course, there was always a Big Foot hunt of a destination with no point, but really we both just felt at home in the forest.

The last time I was my uncle Chris was one of the most memorable times of my life. It was the last night of our camping trip in the middle of nowhere, near Painted Hills National Monument. My younger brother , our cousin, and her boyfriend were crashed out, but Chris and I stayed up all night wandering around in the darkness, looking for local fauna along the John Day River.

The two of us kicked back on the desert floor by our fire, smiles stuck on our faces, mindless of anything other than the sky above and the next log to go on the fire. That will always be my “Happy Placer” when I need one.

I was not as close as I would have liked to have been with my uncle Chris, so all I can remember are Christmas’s and some Thanksgiving Days. I think it was about four years ago on Christmas Day, the family was sitting around opening gifts when all of a sudden a ball of wadded up wrapping paper flies through the air and hits Jerry Ron. Everyone was asking “who threw that?” Then we hear uncle Chris laughing. I remember looking over and seeing and seeing a big smile on his face. Jerry Ron threw a wrapping paper ball back at him and then with fight was on with everyone else.  From that year on, every Christmas day someone would start a wrapping paper fight and it was all thanks to Uncle Chris.

One of my favorite times with Chris was our trip to New Mexico to see Jerry and Carolyn. We had so much fun driving in the truck, singing, joking around, and laughing. Our visit with the folks was so fun and relaxing. They took us to a ghost town which was one of Chris’s passions. On the way back to Oregon, we stopped in Arizona where I got to meet his beloved Nana Lily and a few of her relatives. This was very special to me to get and the entire trip created wonderful memories that I will cherish forever!

Other favorite times with Chris were out in the woods exploring. We’d head out, stop at 7-11 for energy drinks and KIND bars, stop for gas and be on our way. He always loved to find new places. Sometimes we’d get out and hike once there (of course our mission was finding footprints left from the Big Man), sometimes play in the snow with the dogs, and sometimes just drive for hours, often until late at night/early morning.

My most favorite times with him were simply sitting on the couch watching movies and having dinner. We had a tradition…I’d go out to pick up take out and on my way back, I’d text OTW and he’d respond with “OK Love.” It was one of those special things between us that are part of my most favorite memories of him. 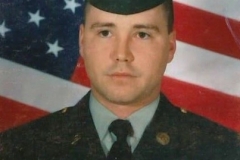 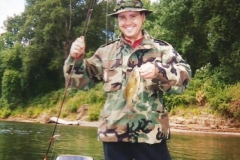