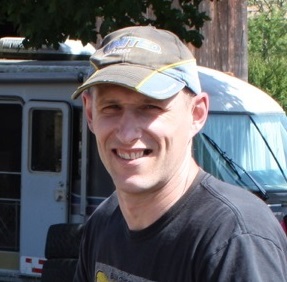 Brett White was a family man first and foremost. I don’t think even Brett knew how much he would mean to his family or how much they would mean to him when he first Met his wife Lorrie. Thinking back to the tough outspoken kid I knew in middle school you got a sense back then that Brett was a leader and would do something great someday. And he did, just ask his family. He was a larger than life figure to everyone in the White household and tried to lead by example. After he married his wife Lorrie and began to have children he fell naturally into the role of father and protector. The love Brett had for his wife Lorrie, and their children Ashley and William was as strong as any father has ever loved. Just ask them, they still feel that love. A love powerful enough to withstand anything.

Brett and Lorrie White met when by chance.....or perhaps it was luck. It was a penny that brought them together....must have been one of those lucky pennies I hear about. The kind that grants wishes of true love and happiness! Brett was working at Fred Meyer and was only 18 years old. Already showing his work ethic that he would carry through his entire life. It was his lunch break and there was this girl.....a girl in heels chasing a penny she had dropped that was now rolling across the floor. After she retrieved it Brett walked up behind her and said “The Dancing tree was better” He about scared the hell out of the poor girl....the girl who would later end up his wife and the mother of his children. Lorrie recounted that another girl walked up and said “He thinks your butt is cute, want to meet him?” of course Lorrie was interested in the tall good looking young man with the already deep voice and unique sense of charm.

There are many things that you can point to that paint a picture of the man that Brett White was and still is to those close to him. His work ethic is one.....something he tried hard to instill in his children Ashley and William, and also shared with his stepson Nick. Brett worked for 20 years as a mover and after his daughter Ashley began dating his now stepson Nick, he got Nick a job working with him. Brett was preparing Nick for the day when he would be the bread winner and showed him how to be a father. Nick and Brett worked together for over 3 years. Brett took Nick into his family and after Nick and Ashley became a couple Brett invited Nick into his home. This reminds me of the old school multi-generation households. Where family is first. Brett was an old soul that way. Brett would share with his wife Lorrie that after Nick moved in his only regret is that he no longer got to Kiss Ashley goodnight......part of the transition a father faces as his daughter goes from a little girl to a woman.

Another attribute Brett held is the willingness to give of himself. There was a saying coined in the White household that pertained to Brett and his giving nature.....”Neighbornapped” Whenever Lorrie or another member of the household were looking for Brett and could not find him often times it was because he had been “Neighbornapped”. In other words he was at one of the neighbors houses helping them “unload this real quick” or “Look at this what do you think” or “I can’t reach this can you get it” or something that Brett was able to help with. With Brett it was always “yes I can” without regard for what was in it for himself.

Brett’s favorite activities also centered around family and friends. He was an avid outdoor lover who regularly went Fishing, Camping and riding ATV’s. Always surrounding himself with family and friends in the process. Whether it was fishing with his friend Ernest or Camping with the entire family Brett sought out those “moments” in life when you can realize what you have and he was not afraid to make sure you knew how much it all meant. Routinely he would tell his friends “I love you man!” As I was told often by my friend.

Lorrie shared that Brett was fascinated by Dragonflies and that over the last few days members of his family have been seeing them in unusual places. Perhaps one last visit to let everyone know he is in a good place and is safe. Brett is a strong person, if there was a way to send that message he would go through whatever is needed to make sure it was delivered. And he would do it in a way that made you smile. Sending Dragonflies seems like his style!

To those who knew Brett well this truly describes him:

“I am unique, an individual. I am powerful and posses a strong curiosity of the world. At times I may be quiet and introspective. While other times I outwardly share every feeling and emotion. I make the world a better place...........I AM A DRAGONFLY!!”

The following is a poem Brett’s daughter Ashley wanted to share:

Do not stand at my grave and weep:

I am not there, I do not sleep.

I am a thousand winds that blow.

I am diamond glints on snow.

I am the sunlight on ripened grain.

I am the gentle Autumn’s rain.

When you awake in the morning’s hush,

I am the swift uplifting rush of quiet birds in circled flight.

I am the soft stars that shine at night.

Do not stand at my grave and cry,

Brett was a good man and a person to be respected and loved. This world is a better place because Brett was here and shared his love with those he encountered. He did so unconditionally yet still maintained his sense of being a “man”. Something rare in this world. 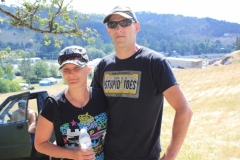 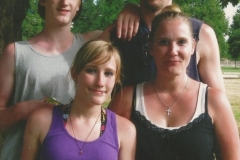 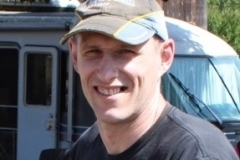 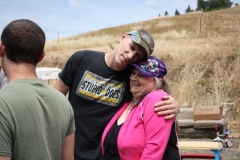