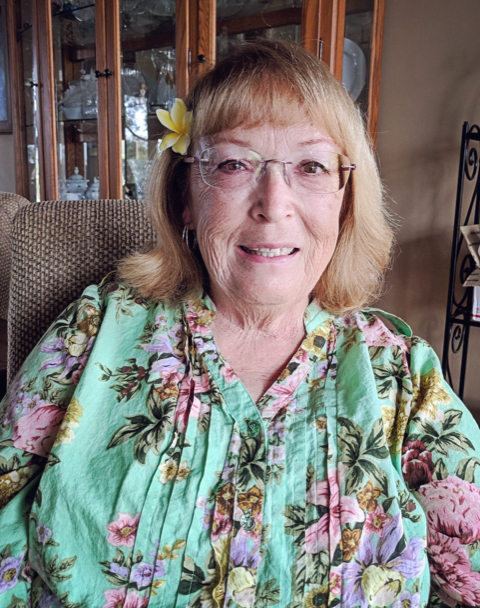 She will be remembered for her extraordinary love of her Lord and Savior, Jesus Christ as well as being an incredible Wife, Mom, Grandmother, friend, prayer intercessor and second mom to many.

Bernadette was born on November 18, 1948 to Raymond and Regina Liekefet in Staten Island, New York. She graduated from Saint Joesph by the Sea HS in 1967 and married Roy Engehausen in 1971.  They moved to Charlottesville, Virginia where Roy was serving in the US Army and in 1974 they moved to Manassas and welcomed their daughter Elaine.

In  1979 they relocated to Gilroy, California where Bernadette quickly got involved in their church and the community.  She worked as a nail-tech and later as administrative assistant at New Hope Community Church She was  passionate about her family, art, horses and animals. and known as an artist. Painting, crafting, sewing, creating wedding cakes and more.

In 2015 Bernadette and Roy relocated to Prescott, Arizona where they quickly built a community of friends through their American Ranch Neighborhood.  In late 2021  they moved once more to Oregon to be with their daughter, her husband and their two grandsons.

The family will hold a private gathering on their farm in Oregon and there will be a public service in the Spring (details to come at a later date) . In lieu of flowers, the family requests donations be made to LIFE Church of Salem, Oregon. Call 503-362-0362 or or visit https://lifechurchsalem.com/#give