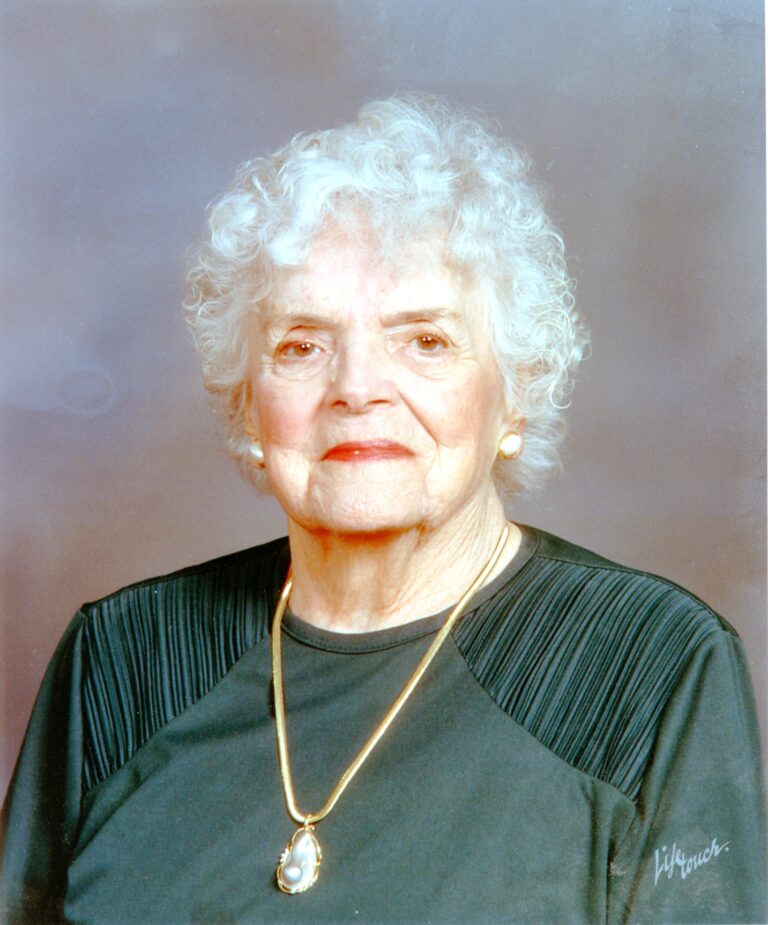 She was born in Victoria, British Columbia, the Dominion of Canada, on 8 December 1919. Her devout Irish father Edward Patrick Doheny, Scottish mother Annie (Gardiner) and older sister Marie moved to Vancouver B.C. a year later and settled in the West End. Bernadette spent much of her youth outdoors, at the beach and in the water. At about age 6, she caught scarlet fever, lived and spent the next year in bed recuperating and learned to amuse herself.

She enjoyed walking with her father to Mass at the Cathedral or to his job as a shipwright at the Burrard yard.  She missed her father on his year long trips to build river boats on the Mackenzie and Yukon Rivers. He wrote to the girls daily, although the letters usually arrived home in bunches. Anne took in boarders, had large gardens and fed many a stranger especially during the depression.

Bernadette’s parents were Victorians who met in service on an English estate. They had a rigid sense of right and wrong and of duty. They passed these on to Bernadette. Having coming late in life and surviving scarlet fever, Bernadette was doted on by her parents.

In the 1930s, 2 orphaned cousins, A. Holmes Gardiner and Kathleen A. Kenna, came to live with the family and the 4 young people became a tight group, supporting each other as they finished their educations. Bernadette became a Girl Guide, life guard and first aider, worked at the Girl Guides camp near Sechelt, rescued a swimmer and found a drowning victim. Bernadette trained at Vancouver General Hospital as an x-ray technician from 1937 to 1939, graduating from King George High School in 1938.

Starting in 1936 she watched the boys she had grown up with go off to serve during WW2. Most went to Asia; many did not return. She volunteered at the “USO”, and with church groups entertaining transient airmen and sailors. Her mother Anne fed many of them a home cooked meal.

Her Father died at home in 1945. Having finished their educations, Kathleen moved to New York and Holmes to Ontario. Bernadette and Marie worked in Vancouver.

In 1947 Bernadette was recruited by a group of orthopedists in Seattle and moved there “for the great pay”. The family home was sold and Annie and Marie moved into the Seafield Apartments in the West End.

Marie and Bernadette began traveling including a 1949 excursion up the inside passage to SE Alaska and Ben-My Chree. They met many of their fathers’ old friends from his river boat building days and enjoyed the first-class treatment they received.

Bernadette met Harold Nesbitt Brewer in Seattle while he was repairing an x-ray machine. They courted and then married in 1950.

The couple moved to Portland, Oregon to open a branch office for Picker X-ray Corporation. The birth of Edward Leon followed in 1952, with Michael Stephen arriving in 1958.

In 1961, they returned to Seattle and settled in Kenmore where they raised their family. They swam at the Aqua Club and on vacations to the Okanogan. Bernadette’s lavish dinner parties were noteworthy. She volunteered with the March of Dimes and other charities, and professional groups. She was an Avon Lady.

Bernadette returned to work as an x-ray technician when the boys finished grade school, working at the hospital in Kirkland, Overlake in Bellevue, and Stevens Memorial in Shoreline and in orthopedic offices.  Bernadette and Harold enjoyed their 25th wedding anniversary with a trip to the South Pacific. She became “a smoker who chose daily not to smoke” from the next 50 years. Harold died in 1979 and work filled Bernadette’s time. She flew to all the regional hubs in Alaska with son Edward, visiting sites her father had mentioned in his letters.

After their mother Annie’s death in 1982, at age 101, Bernadette and Marie, began spending more of time together, shuttling between Marie’s urban apartment in Vancouver and Bernadette’s suburban home in Kenmore. Holmes returned to British Columbia, settling in Sechelt. “Where’s the party this week,” was a common refrain as they reconnected with old friends and made new ones. “Bride spotting” became a thing on their sunset drives around beloved Stanley Park. These were happy, independent years.

In 1983 Edward married Claudia Duffield and Michael married Joanne Linde. Bernadette’s grandchildren followed; Paul and Stephanie in 1984, Melissa and Kale in 1987. Bernadette and Marie began alternating Christmas seasons between Anchorage and Salem to be with them and enjoyed spoiling the grandkids.

Summer trips to Anchorage developed a core of friends there.

When Marie passed in 2005 at age 95, Bernadette decided to stay in suburban Kenmore rather than Vancouver.

As time passed, age taking its inevitable toll, family and supportive neighbors became more concerned about Bernadette’s isolation and car dependent lifestyle. Family was 6 hours away. Falls became more frequent and eyesight failed. Bernadette’s response to their worries was, “I just want to stay in my own home till I’m 90”. After a large 90th birthday party at her Kenmore house in 2009, “her evil sons moved her to the home” in Salem. Bernadette had mellowed during this period of her life.

Bernadette was to admit that moving to Jason Lee Manor in Salem was the best thing that could have happened to her. In this social situation she flourished, making new friends, developing a new lease on life. She gave up driving and started using a walker, tracking her mileage on near daily walks around the Manor. She was always busy with some activity. Reports of the latest bad news from the TV were replaced with reports of “getting grand slams playing corn hole baseball” with the JLM Rainbows, playing cards or bingo. She started yoga with Mike’s wife Joni who managed her medical needs. Granddaughter Melissa would spend a day a week with her, going on adventures. Bernadette loved having her hair and nails done at the beauty school and being around the young people there.

Bernadette became GG when Stephanie’s daughter Grace arrived in 2013 and Abby in 2015. Stephanie shuttled Bernadette to Queen of Peace church. Sunday brunch at Sharis’, Michael’s biweekly dinners, trips to Newport or Vancouver to see her beloved Godson John Toovey, became the routine. Bernadette learned how blessed her life had been.

She celebrated her 95th birthday at Whistler in B.C. riding the Peak to Peak and took a hot air balloon ride the following year. Despite Bernadette “not having expected to live this long”, her 100th birthday came in 2019, and was celebrated with 3 parties and a wee bit of scotch.

Bernadette’s second pandemic, with the isolation it brought was difficult. It was not the last years she foresaw, but she maintained her “do the right thing” attitude.  The second rise of authoritarianism also bothered her greatly. “They’re undoing all the good that we’ve sacrificed for.”

Bernadette diminished physical abilities in 2021 led to an increasing number of helpers in her life. In October of 2021 she decided to move to Farmington Square, an assisted living facility and met Luis her “third son” along with other gifted care givers. Her infirmity increased precipitously and after a brief hospital stay she started Hospice care. She did not enjoy these final months.

She passed on the morning of 11 February 2022 in her suite at Farmington. A funeral Mass was celebrated at Queen of Peace in Salem and interment will be at Holyrood Cemetery, Shoreline Washington, 24 June 2022 at 2:30.

Bernadette was a strong independent woman, devout in her Catholic faith, but tolerant of other’s beliefs. She loved her family and her friends. She was classy. She was generous. She did not hold a grudge. Self-sacrifice was ingrained. She believed in moderation. She hoped for a better future. She will be missed by many.

Donations in her honor can be made to Willamette Valley Hospice donorservices@wvh.org