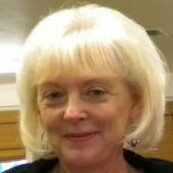 Barbara passed away January, 24, 2022. Her services will be held at the Church of Jesus Christ of Latter-Day Saints at 4550 Lone Oak Road SE, Salem, Oregon.

Barbara was a member of the Church of Jesus Christ of Latter-Day Saints. In her early years, she had 100% attendance in all her church meetings and activities. She always had a testimony of the truthfulness of the gospel of Jesus Christ and adhered to the principles of being a member throughout her entire life.

In her youth, she was very involved and very talented in music. She took piano lessons for six years and played the organ for Primary in her church. In Junior High, she learned to play the violin, flute, piccolo, and bass viola, and was in band, and orchestra, and a dance band.

Barbara was very passionate and loved everything and everyone. She cared for her animals like family and often could even be found nurturing bugs. She also loved to travel, visiting destinations like England, France, Italy, Peru, Hawaii, Canada, Alaska, and many U.S. states.

She and her sister Sharon were always the best of friends and looked out for each other. They even wore their hair in the same style, although Barbara would spend more time making sure every hair was in place. She was always very stylish and immaculate in her dress.

In 1959, she was offered a job at the Oregon State motor vehicle division as a key punch operator, for which she moved to Salem. It was in Salem that she met the love of her life, Ernie Carpenter. They dated, fell in love, and then married November 19, 1960 in La Grande, Oregon. They celebrated their 61st anniversary last year.

In 1966, she was overjoyed with the blessing of her daughter, Tiffany. She always gave glowing compliments about her. Love showed in her eyes whenever she reported on Tiffany’s achievements and accomplishments. Tiffany had four children, Ernie, Morgan, Paige, and Victoria, and five grandchildren. Barbara loved them all tremendously.

To Barbara, her family was of the utmost importance. She was very close with all her relatives, and family gatherings and time spent together meant a lot to her. She treated everyone with the same kindness and gratitude and loved everyone the same.

She was preceded in death by her mother, Hulda, father Robert, and sister Carla who passed away shortly after birth; grandparents Cora and Robert Joseph Hodgins; Mary Jane and Heber John Fox; mother and father-in-law Marie and Ernest Carpenter; and several other immediate family members.